Walks, Hikes, Bikes, and Canyoning in and around the Sydney Region

Over the last few months Amy and I have been doing at least one long hike or walk every two weeks to explore the city and the surrounding area.  Sydney is encompassed by three major national parks on all three sides (Ku Ring Gai to the North, The Blue Mountains to the West, and The Royal National Park to the South) all of which have a larger footprint then the city, which is very large by large city standards.

A few weekends in a row we drove 2 hours out West to the Blue Mountains.  The first time we went to Echo Point to view the Three Sisters and from there set out on a 10-12 km hike of the Federal Pass.  The walk starts by skirting the top of the sandstone cliffs before cutting down into the valley in a series of over 1000 steps and then returns towards the Three Sisters.  Since there was a good few days rain before there were a few small waterfalls but the lighting in the valley wasn’t great so only the pictures from atop the cliff are worth sharing.  At the Three Sisters we again ascended the cliff face in a series of 998 stairs which are carved into the Sisters, called the Giant Staircase.  In just under 20 minutes we completed the stairs, completely out of breath and I had crippling muscle pain in my calves for a whole week. 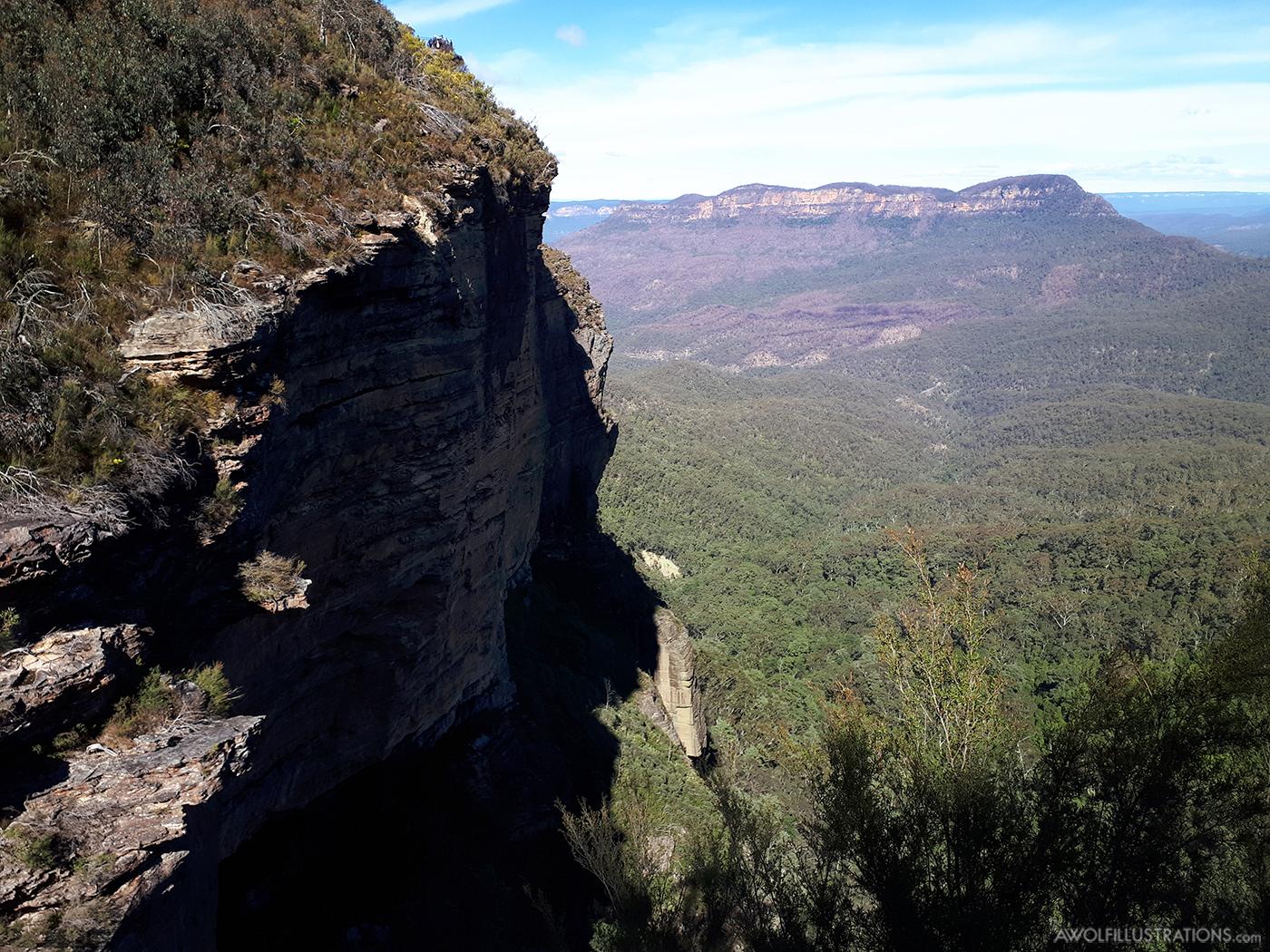 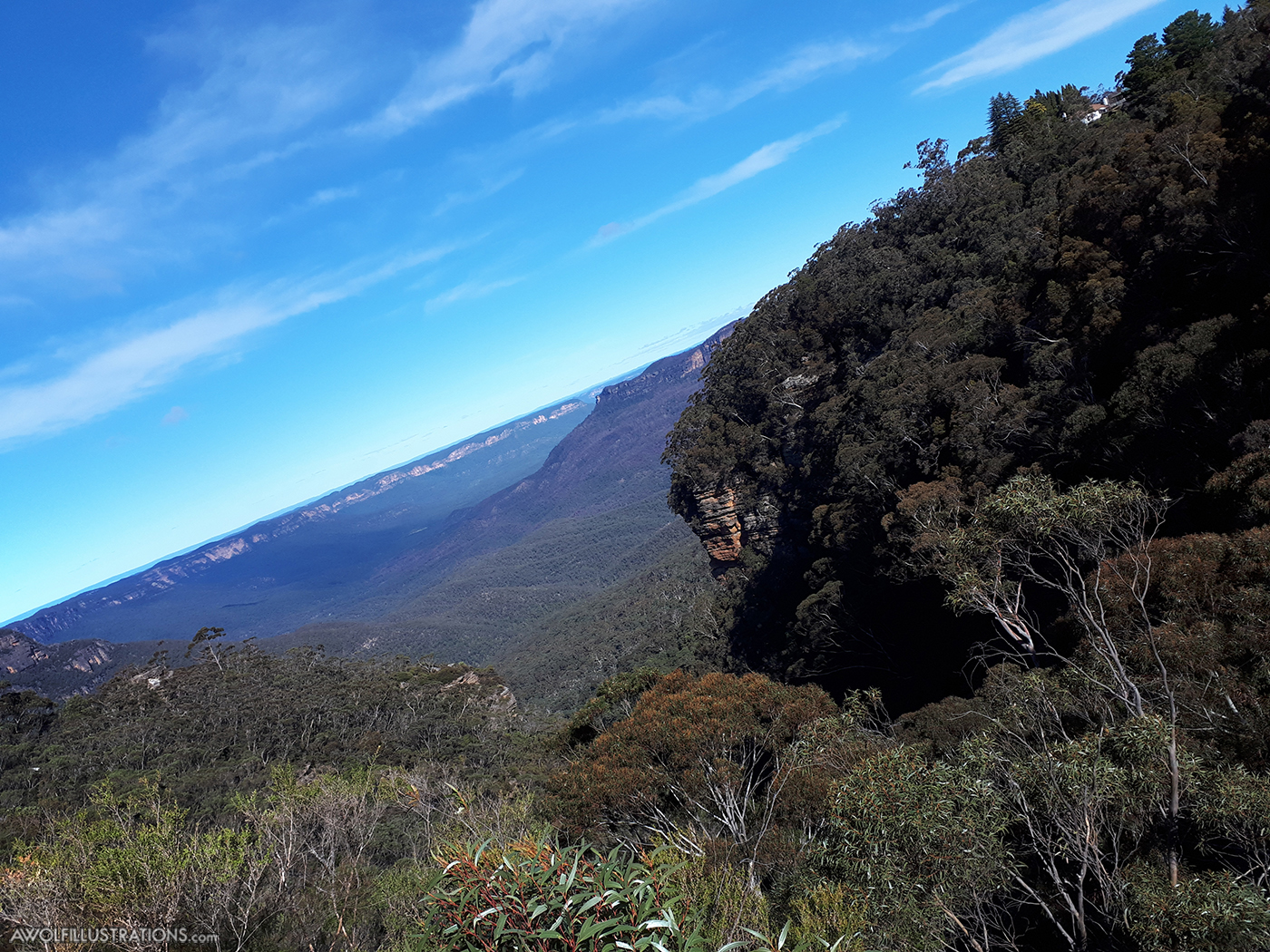 The following weekend a group of 5 of us went to Jugglers Canyon back in the Blue Mountains to go canyoning. After a short few kilometres walk we put on harnesses and abseiled five different descents into the valley. This is the first time that either Amy or I had been canyoning and as I have or used to have a nearly crippling fear of heights was a little nerve wracking, especially the last descent which was over 20 metres (60+ feet) straight down, dangling from a piece of rope. Afterwards, at the bottom, we sat above a waterfall and had lunch and then took a path up the cliffs back to the car. It was great fun and I look forward to do more this summer and we have plans to continue to go canyoning and climbing. 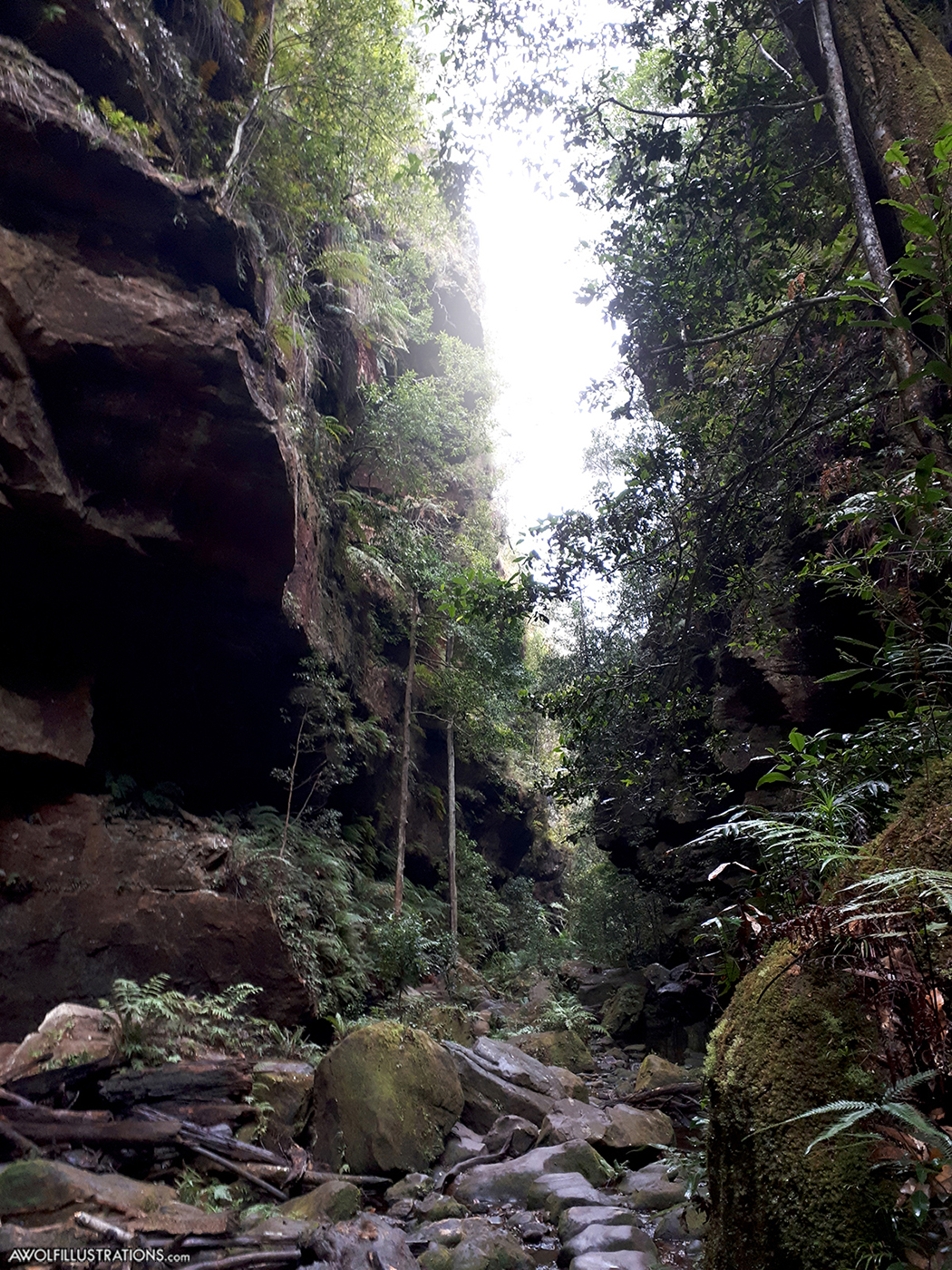 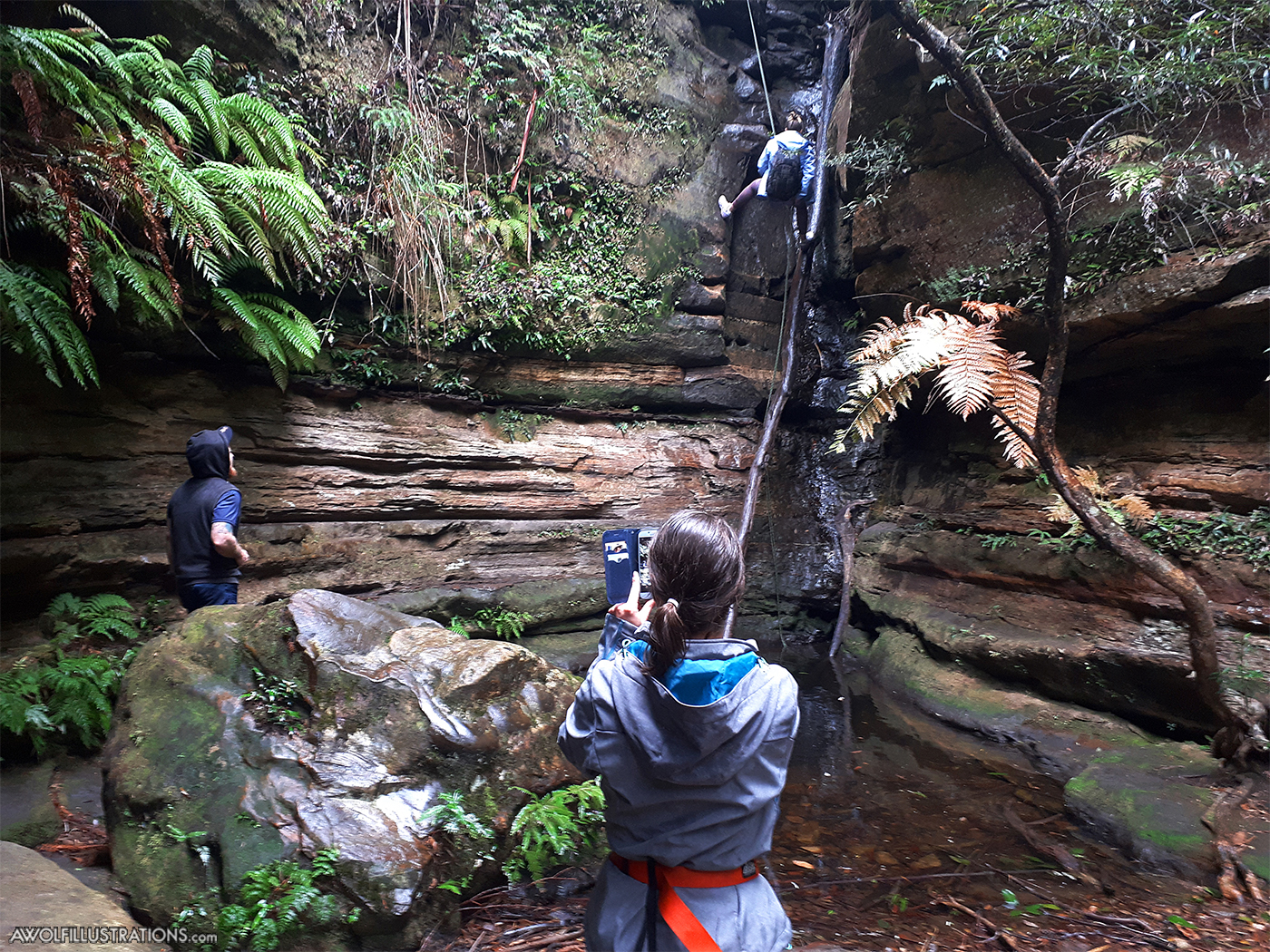 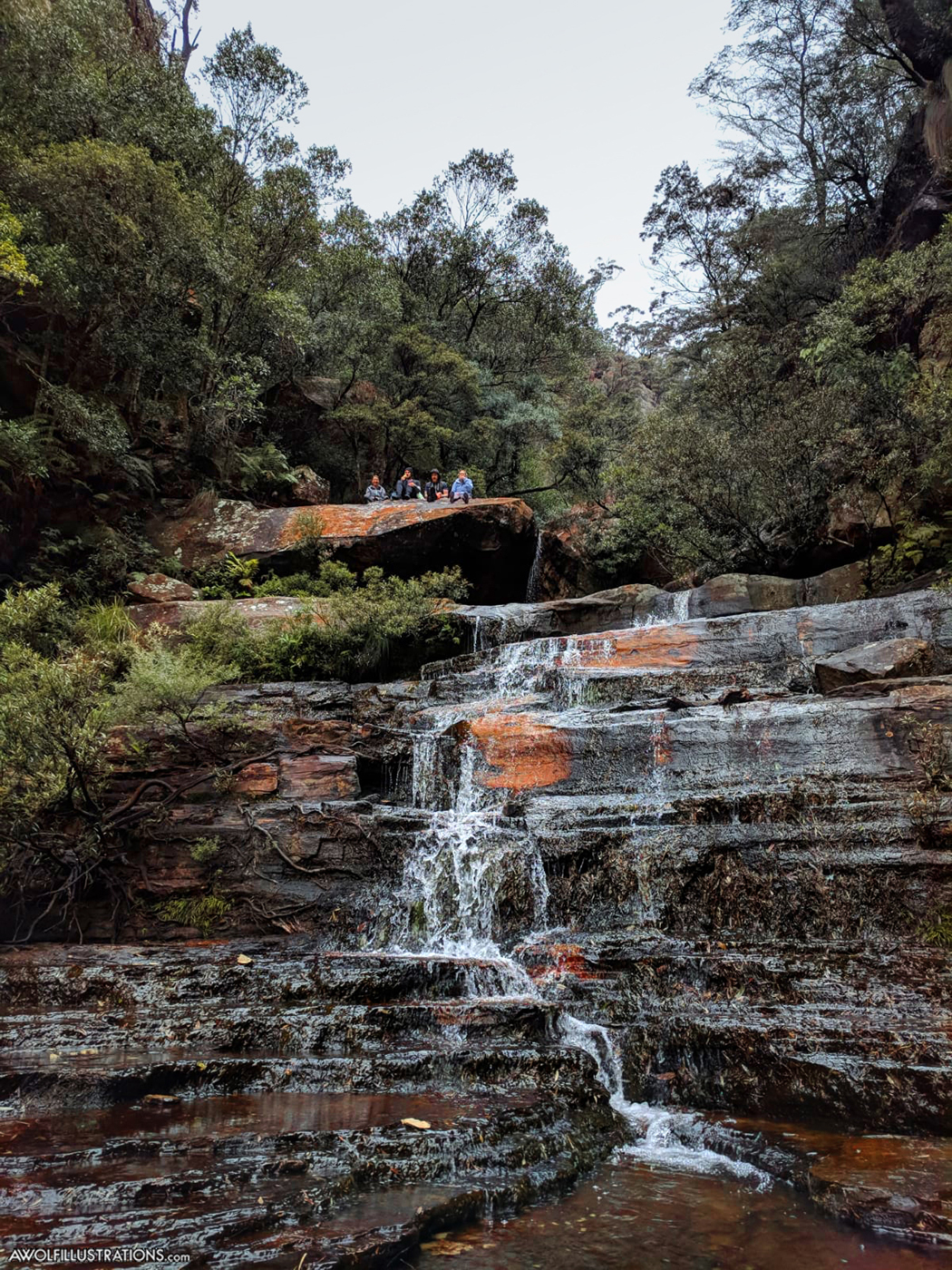 Afterwards we had a couple friends, James and Sun Mi visit from Vancouver.  They left Vancouver for to find a new home and country two days before we did.  Having travelled many a countries in the last 3 months they stayed with us for nearly 3 weeks exploring Sydney while we tried to convince them to move to Australia.  We did a few different walks around the city, the first being exploring the CBD (Central Business District or city centre) and then making our way past the Opera House and through the Royal Botanical Gardens and Domain. 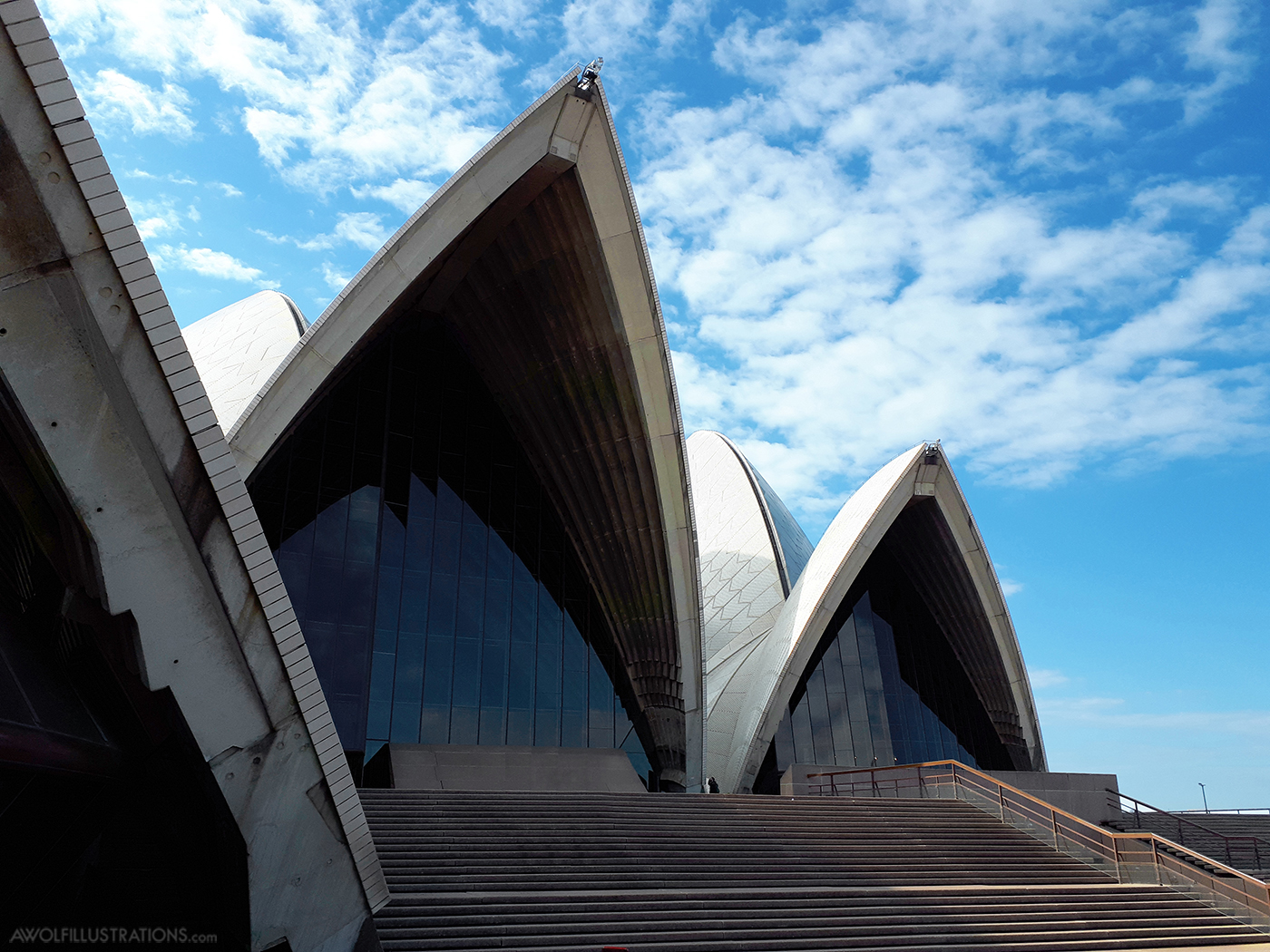 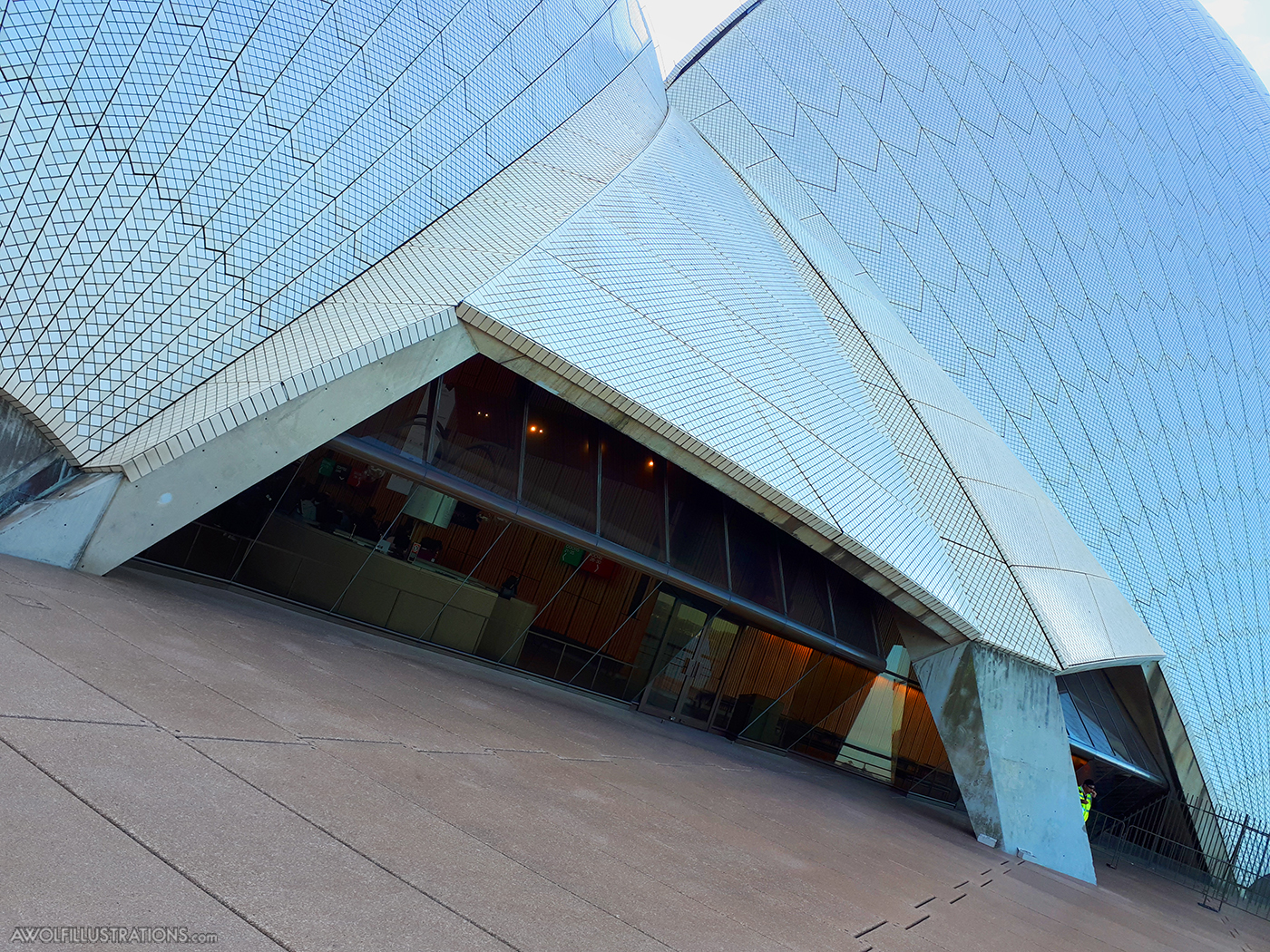 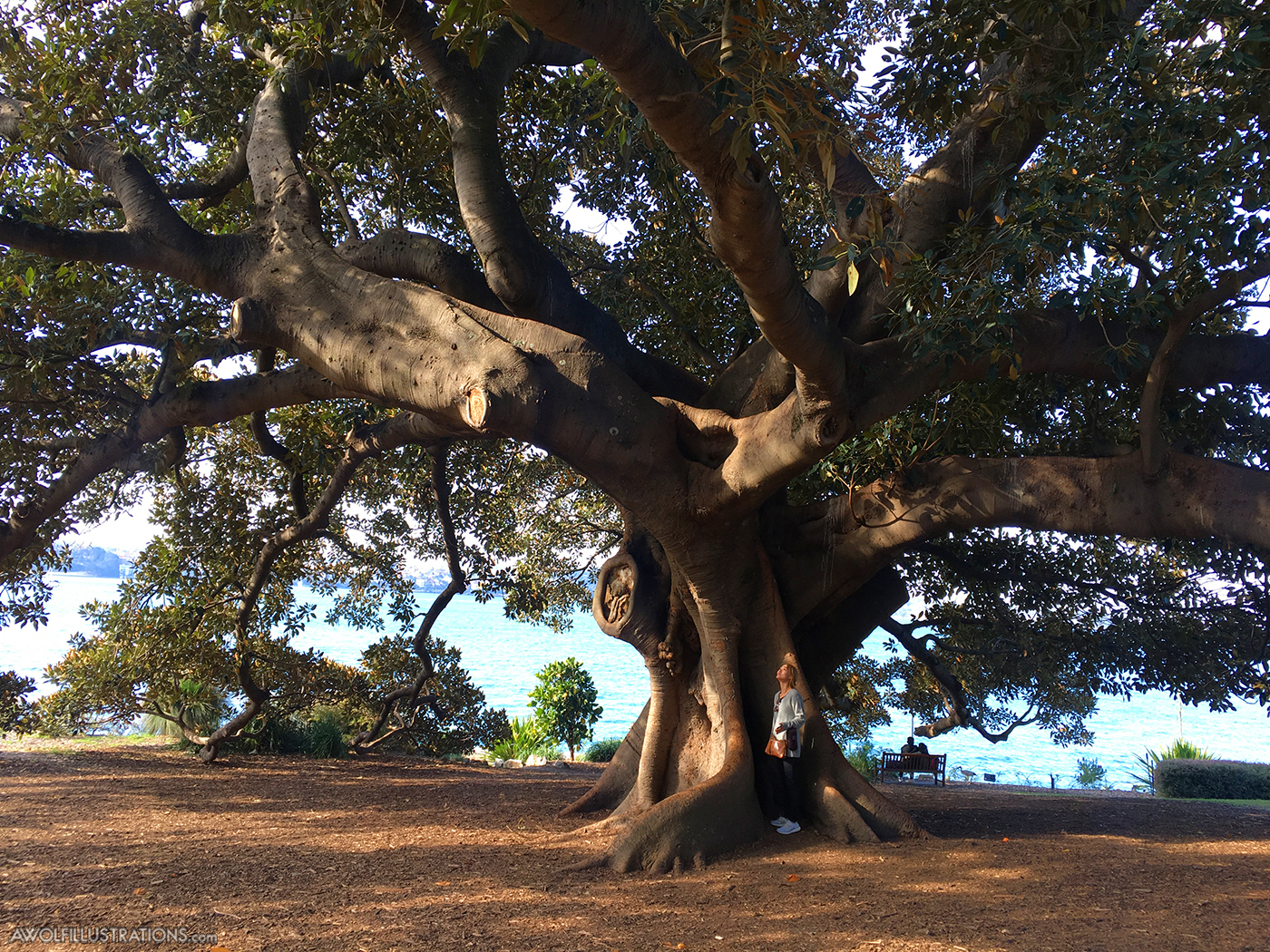 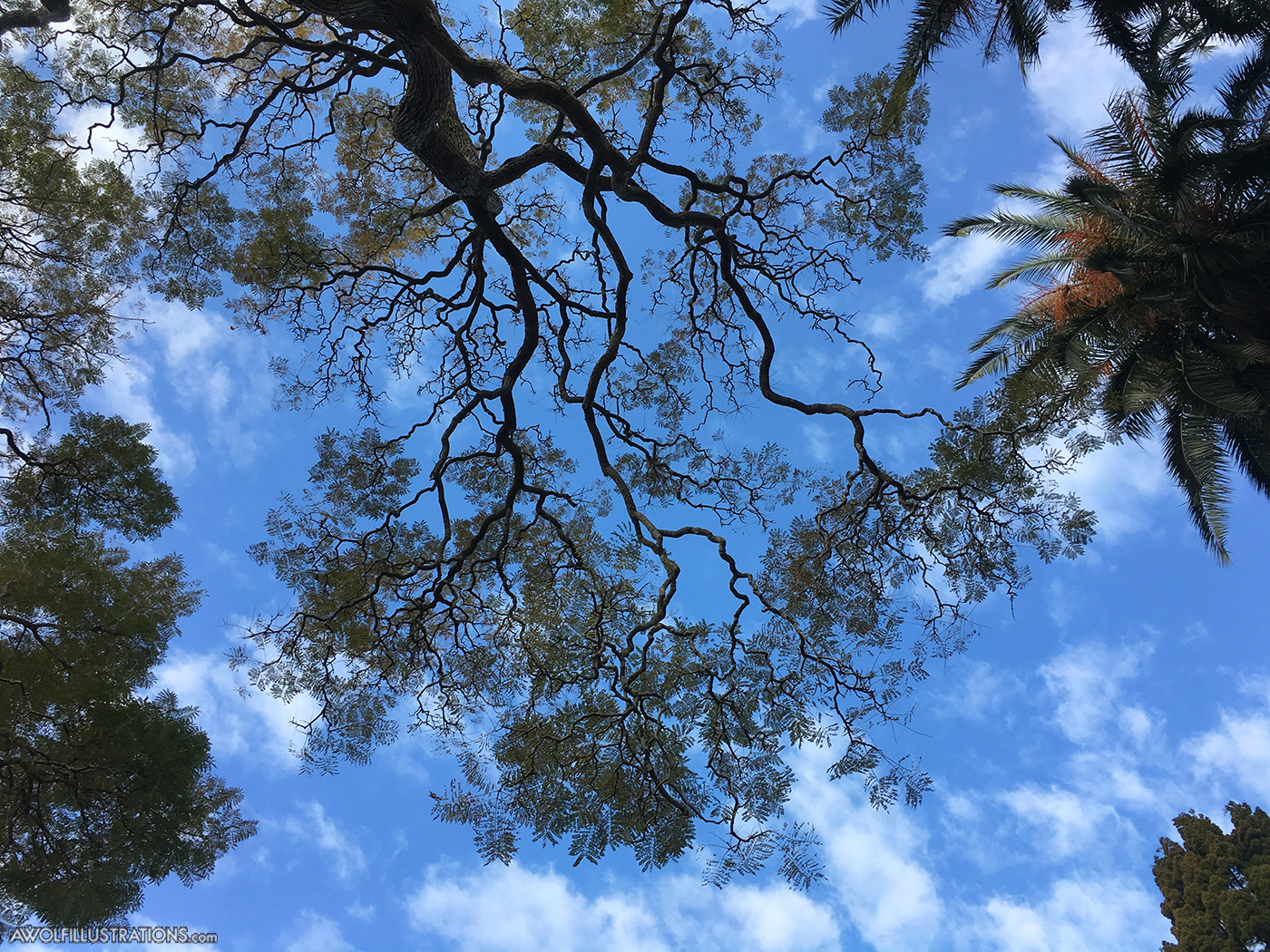 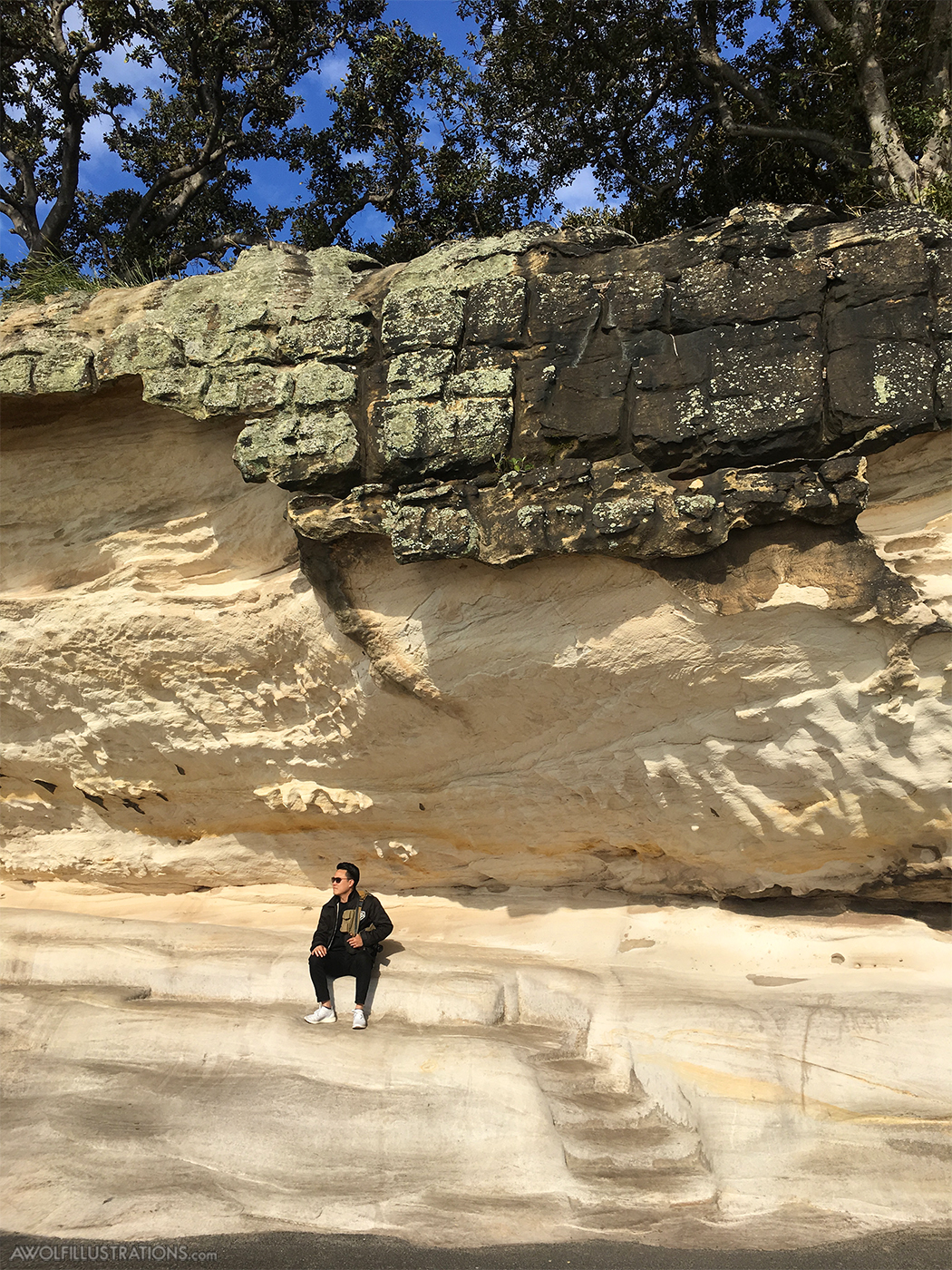 A few day later we walked from Bronte Beach to the famous Bondi Beach, two of the most spectacular city beaches you will find in any large city around the globe. Its a beautiful seaside walk of a few kilometres that follows the sandstone cliffs past mansions above and the crashing waves below, as well as a oceanside pool. 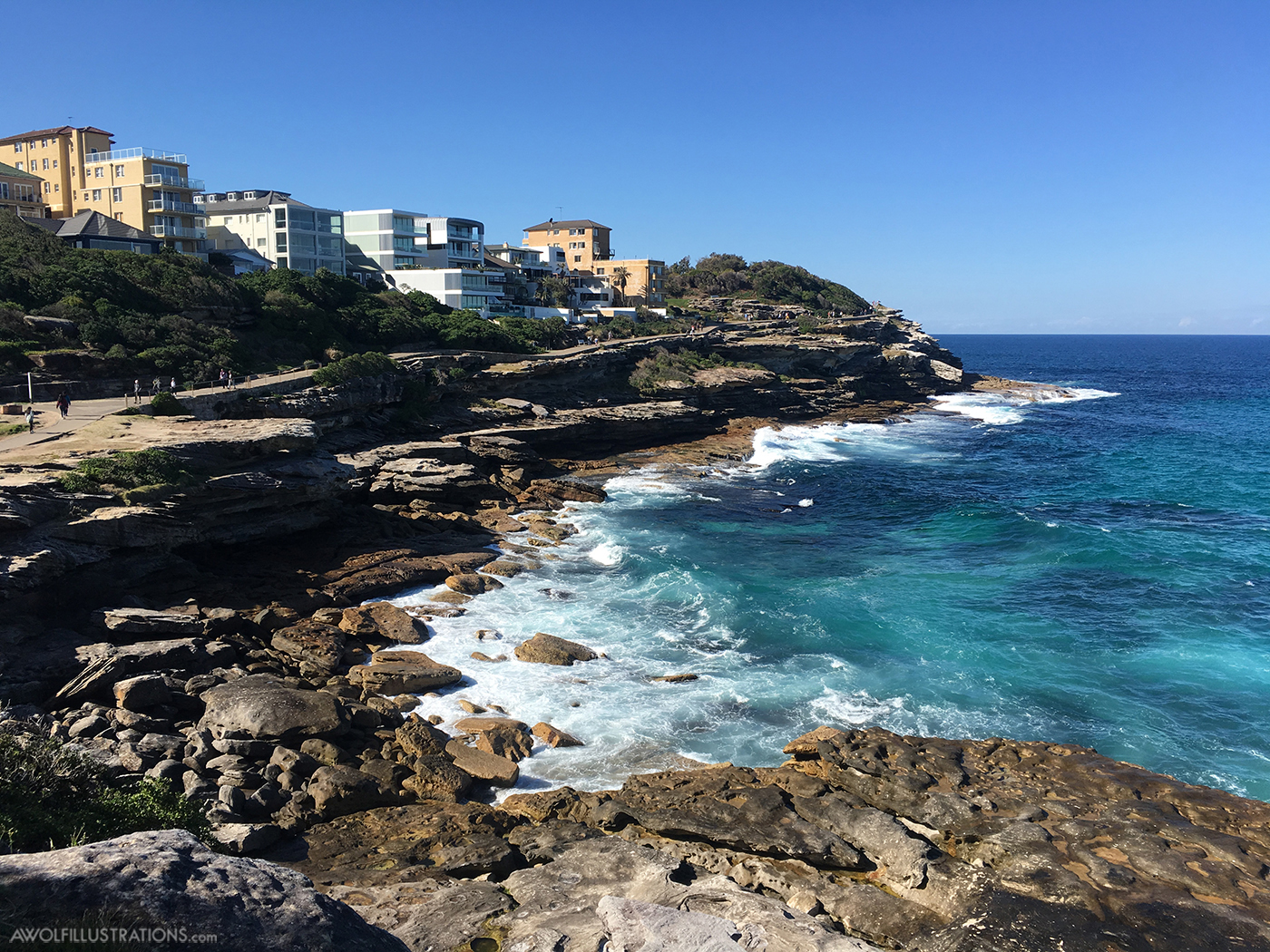 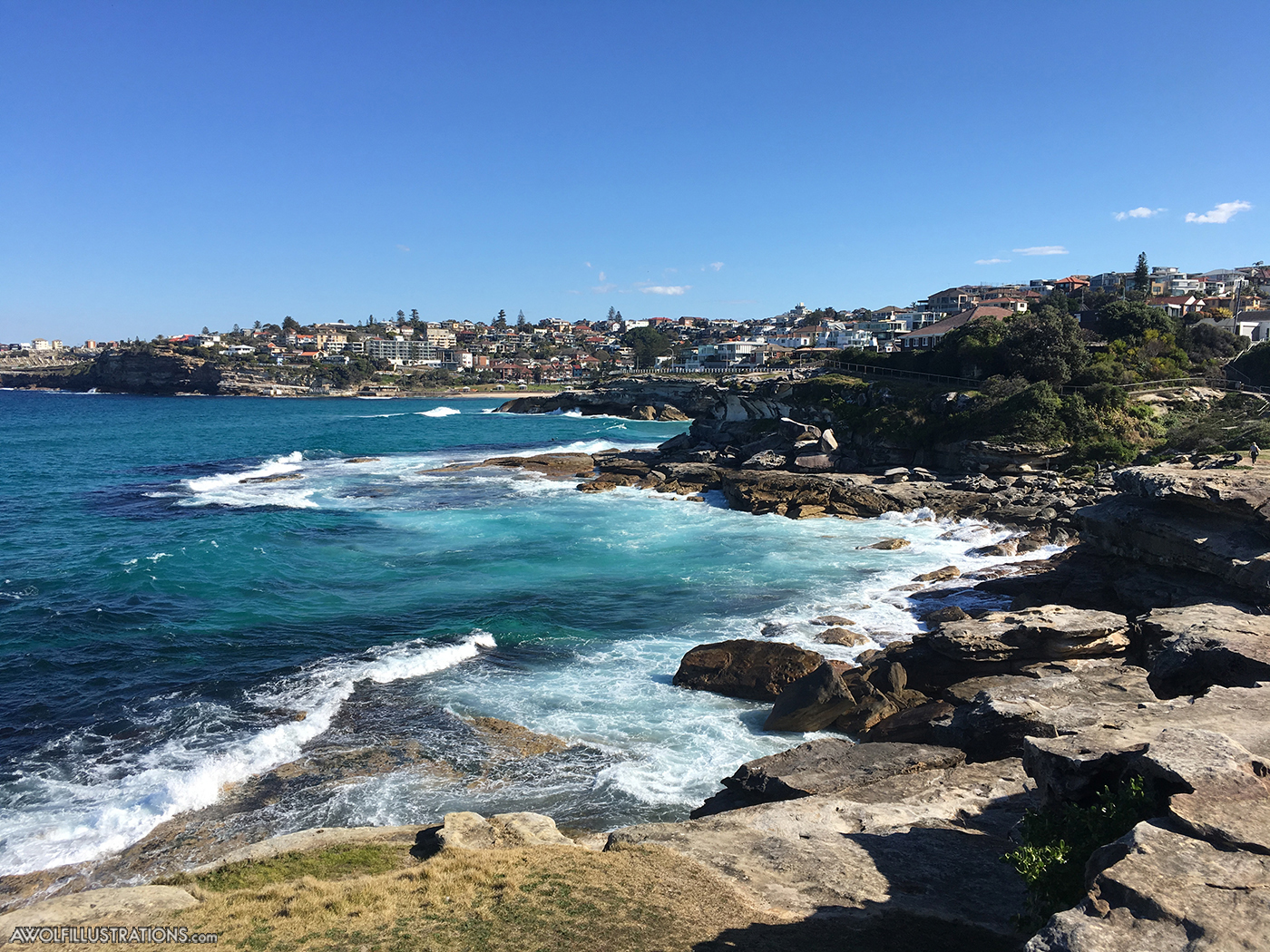 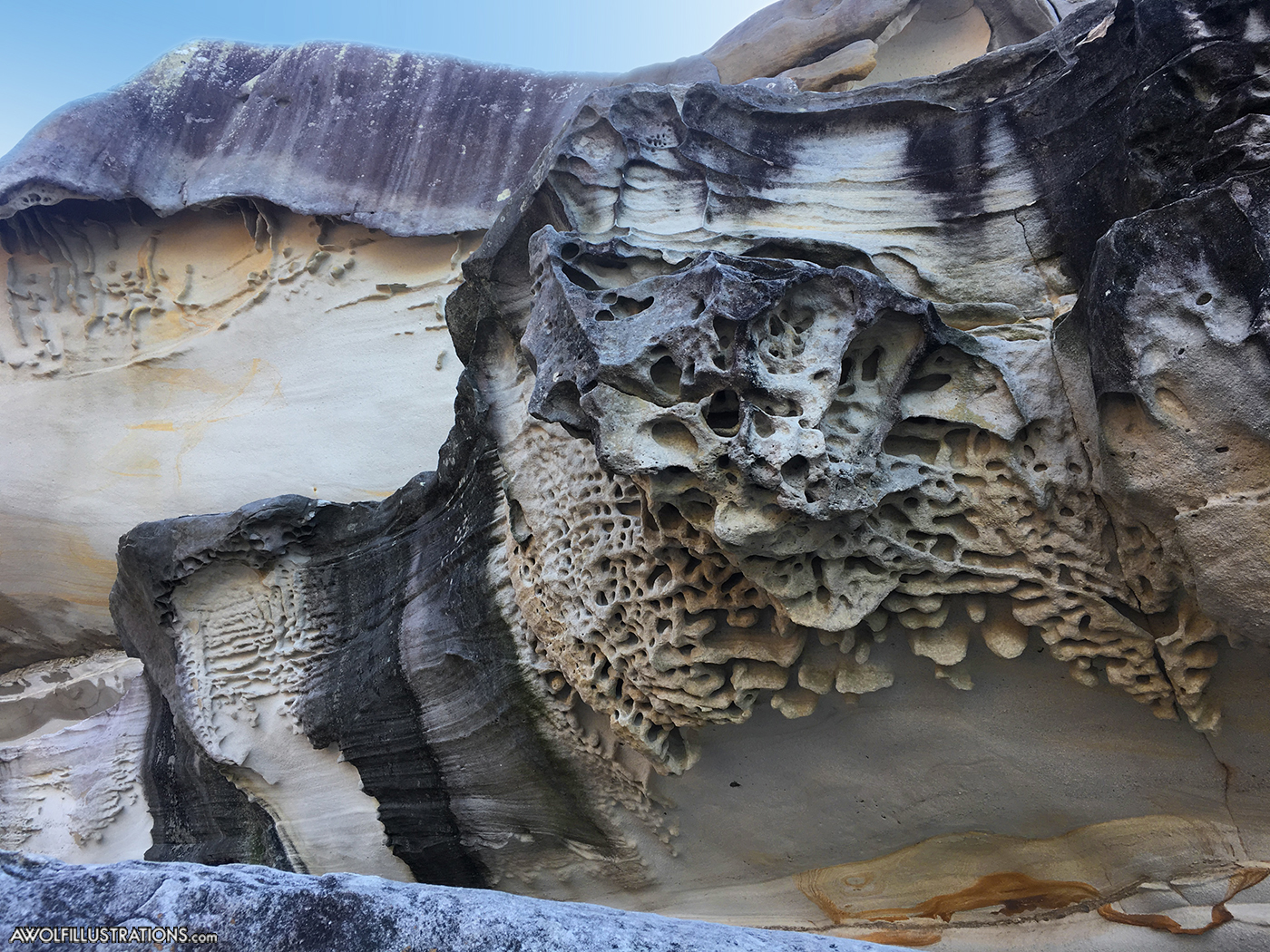 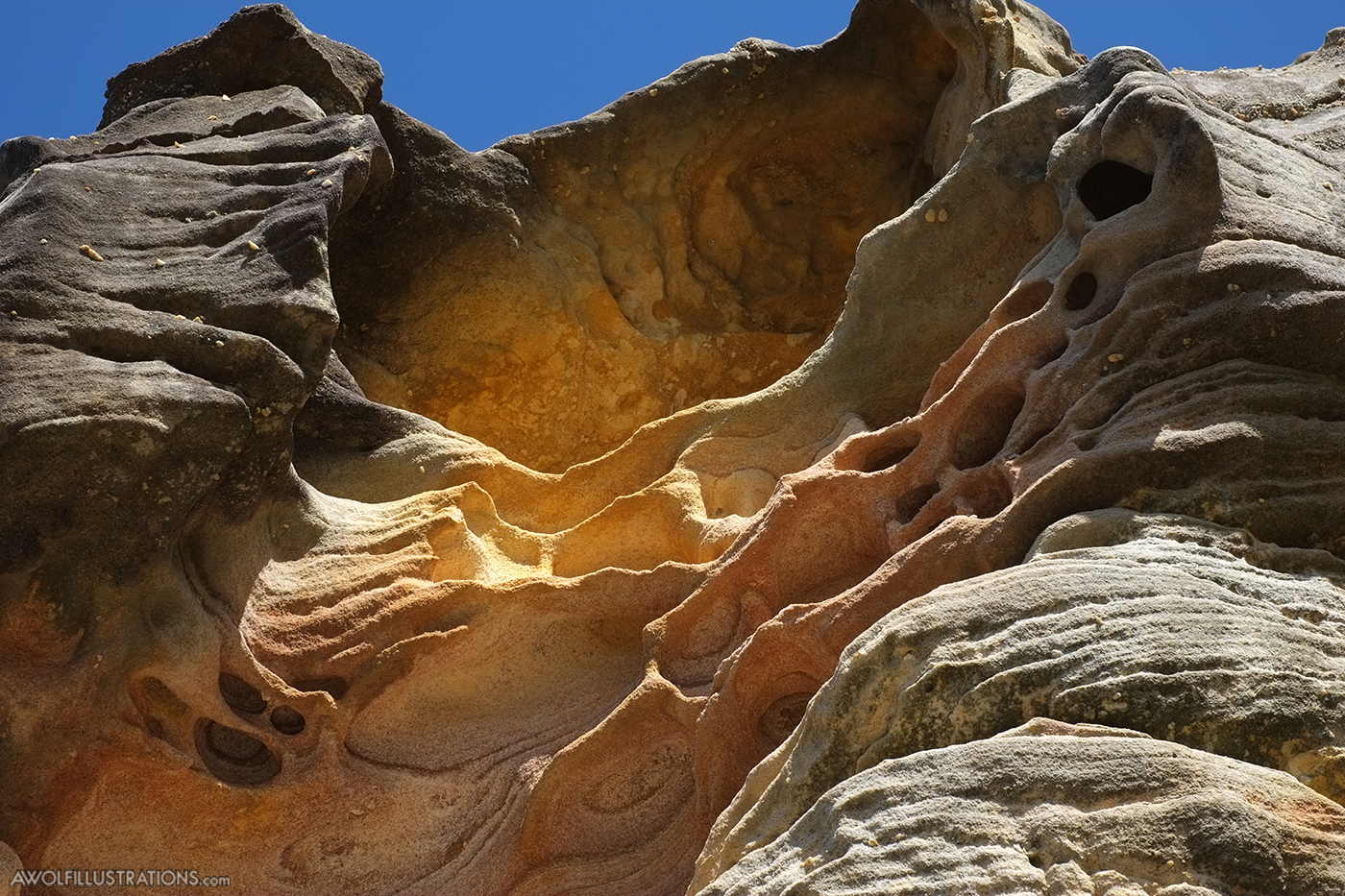 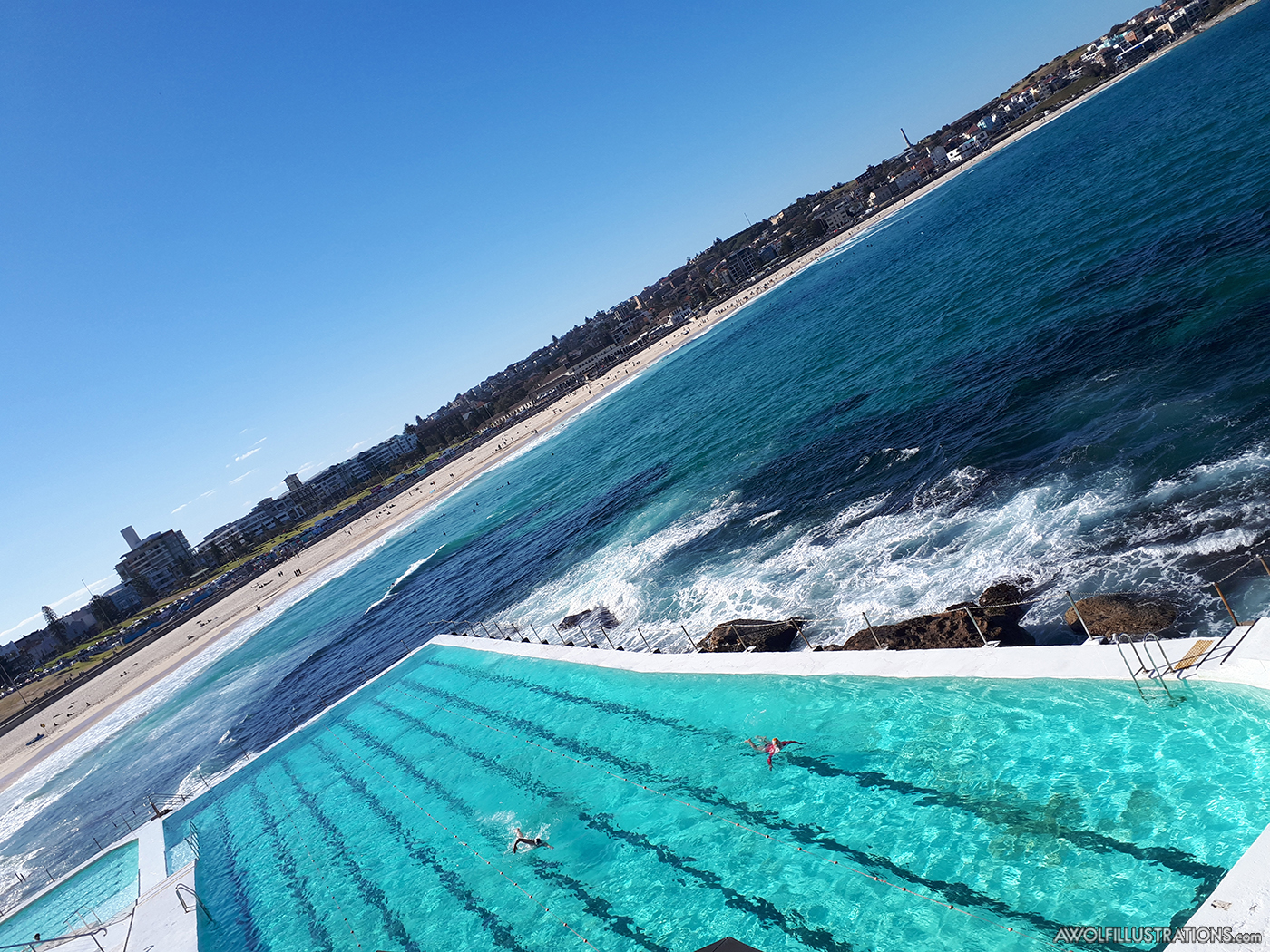 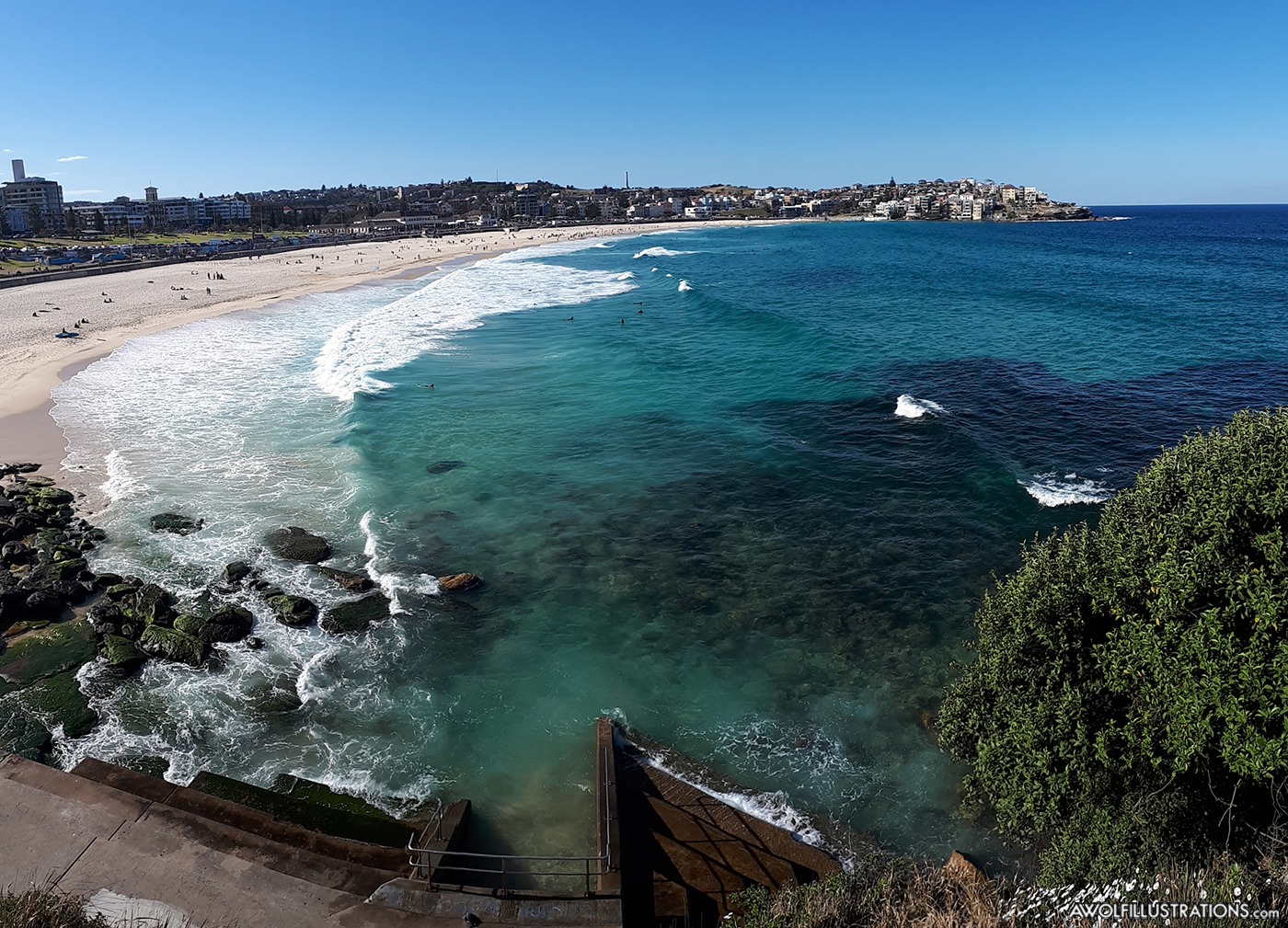 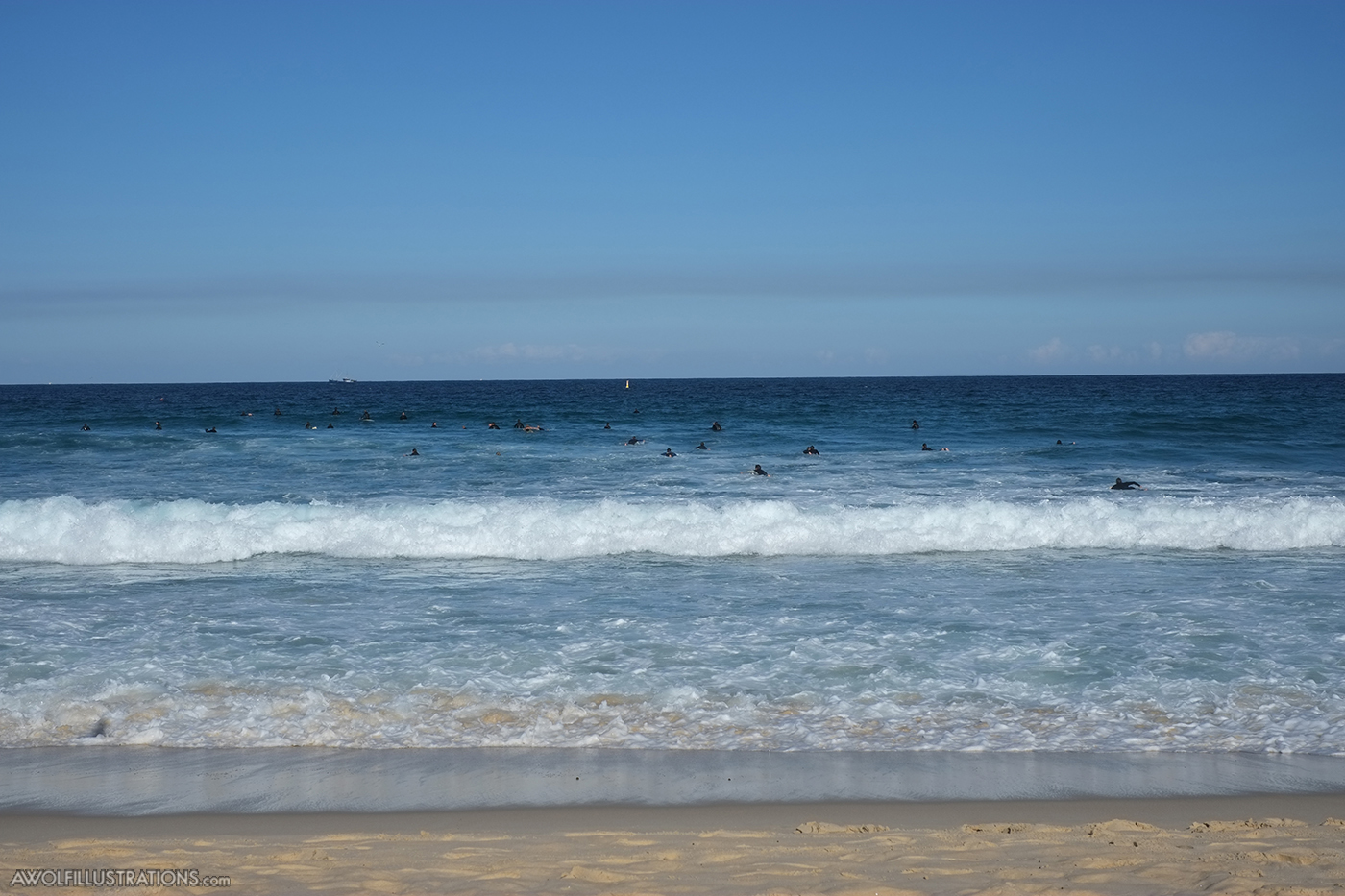 About two weeks ago we headed down south for the first time into the Royal National Park, founded in 1879 it was the third national park that was established in the world and the first in Australia. We did about a 5 kilometre section of the coastal walk between the towns of Bundeena and Otford. We walked through the scrub, which was ravaged by brushfires a few years ago, to the clifftops looking straight East across the Pacific and down to Garie Beach. From there we took the same path back and continued up the coast north a bit further before returning to the car. This was one of the most beautiful walks I have ever done and along the way we ran into a couple Swamp Wallabies, which were too shy to be photographed. 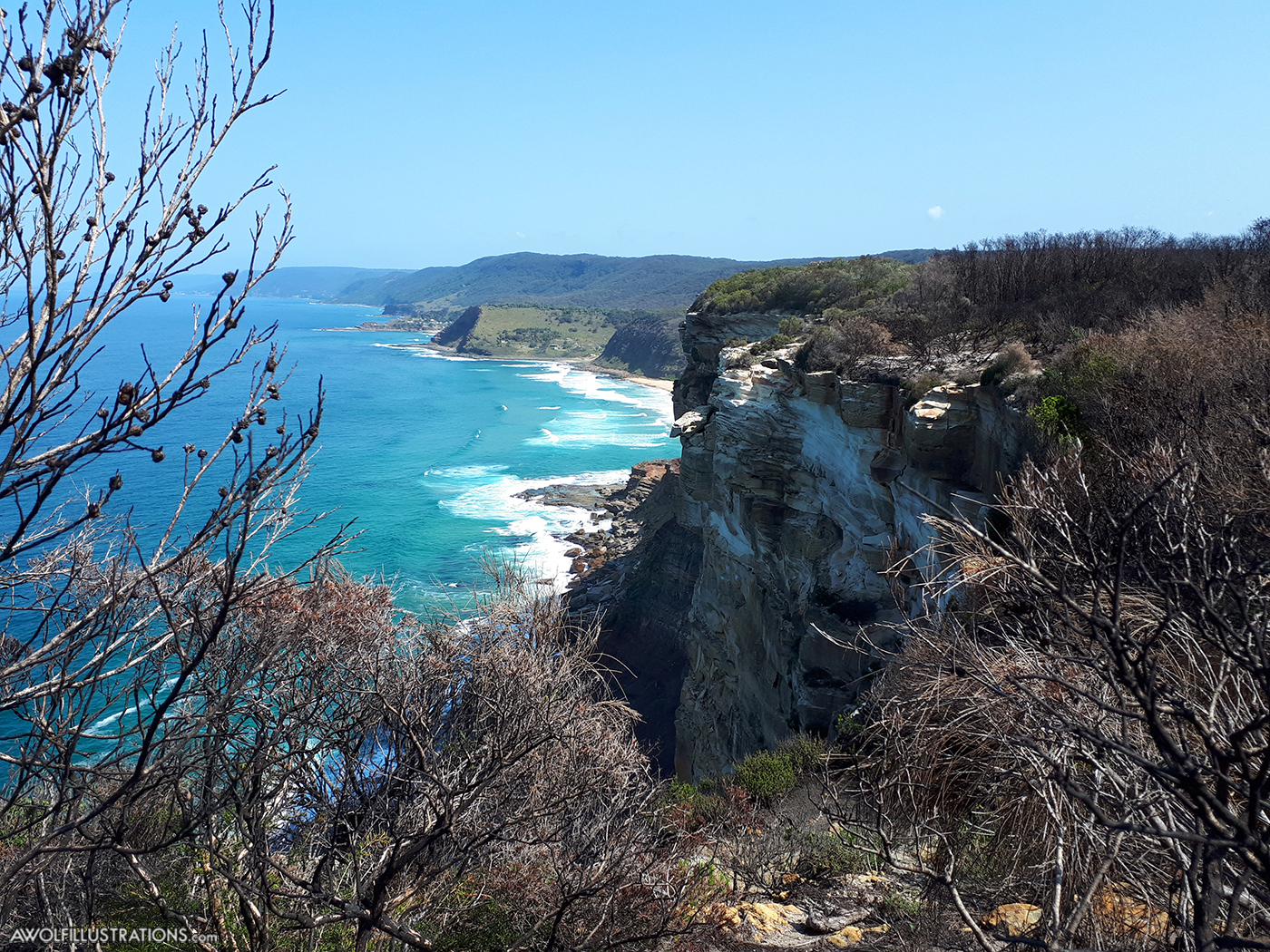 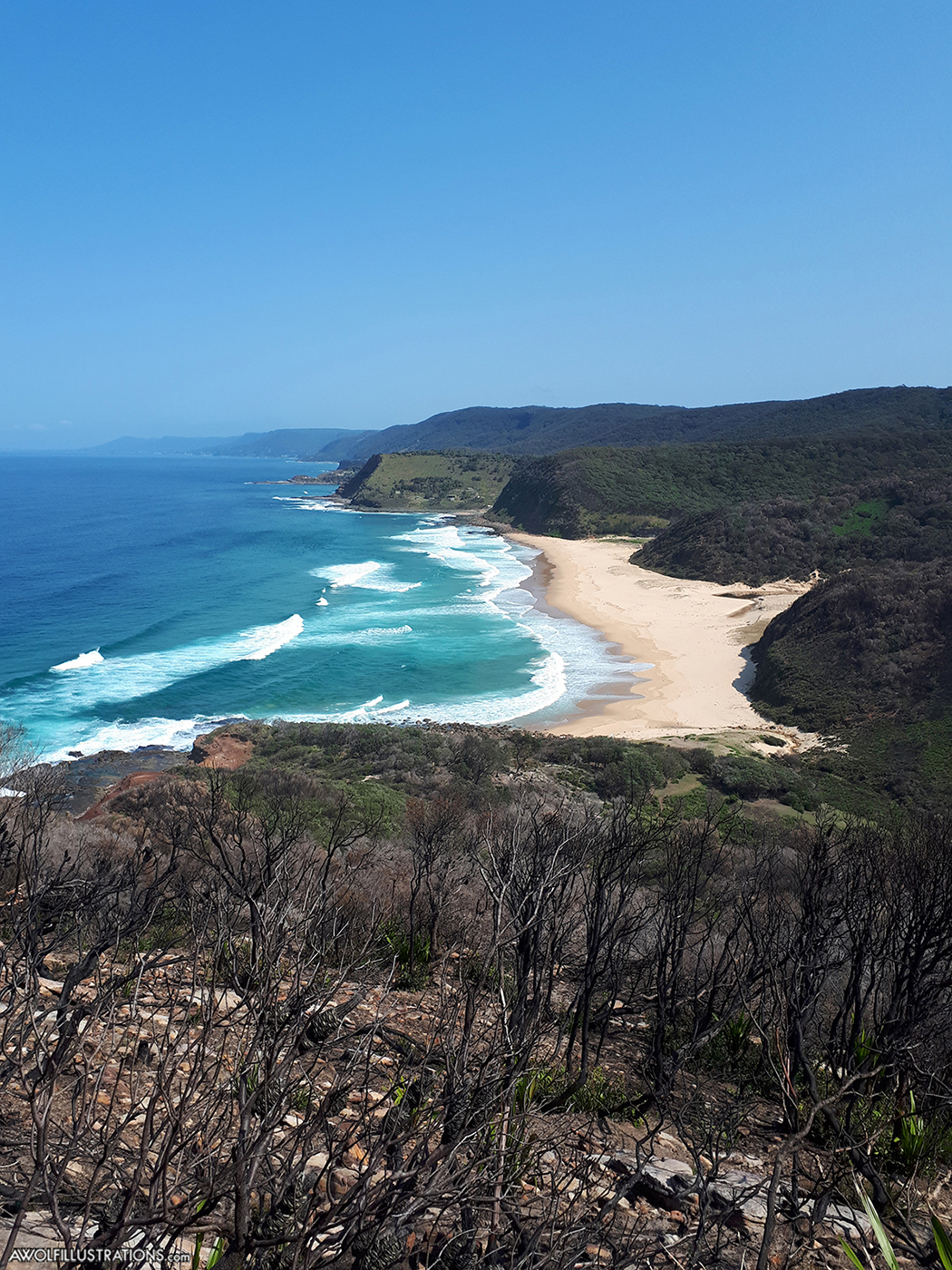 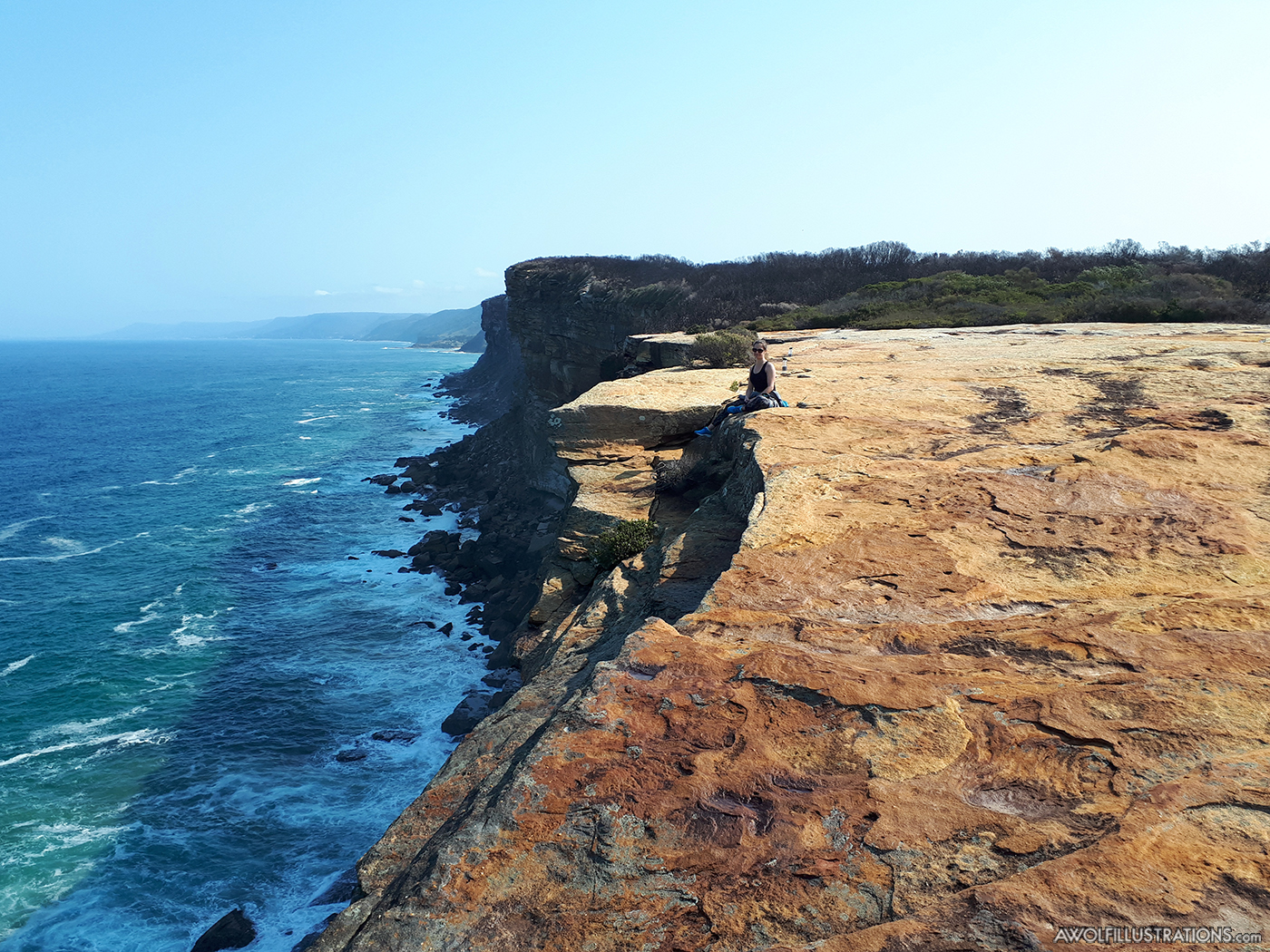 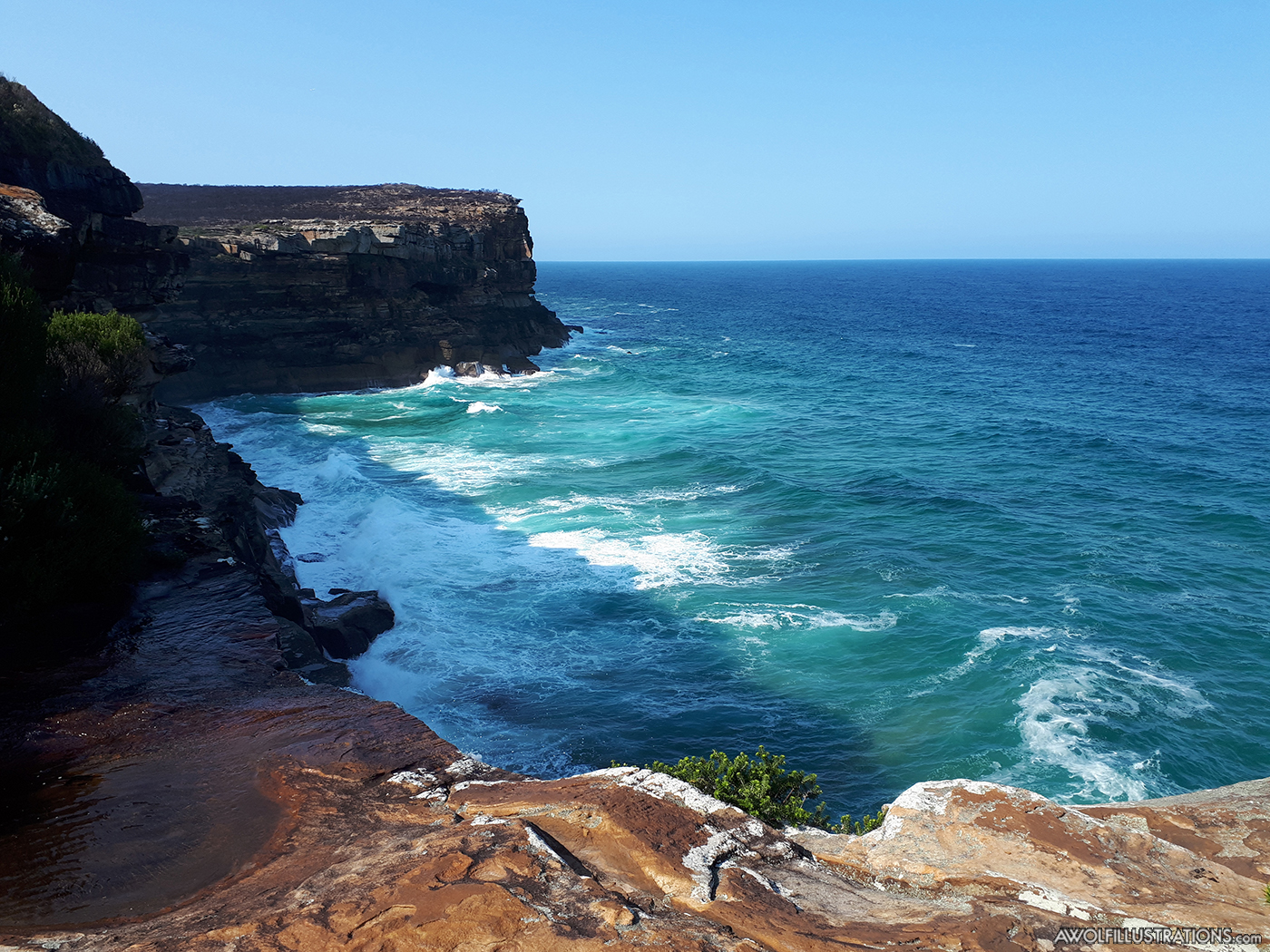 Last week the temperature picked up and went up to about 28 degrees Celsius, which isn’t too bad considering it was the first week of spring, so I took advantage of the weather by getting onto my bike and rode 15km across the city out west to Watson’s Bay to the South Head which is the opening point of Sydney Harbour. I walked around the head from Gap Bluff to the South Head Lighthouse to the beautiful beach of Camp Cove. This area used to be an artillery practice military base which operated and protected the harbour from the 1890s until the end of the second World War. 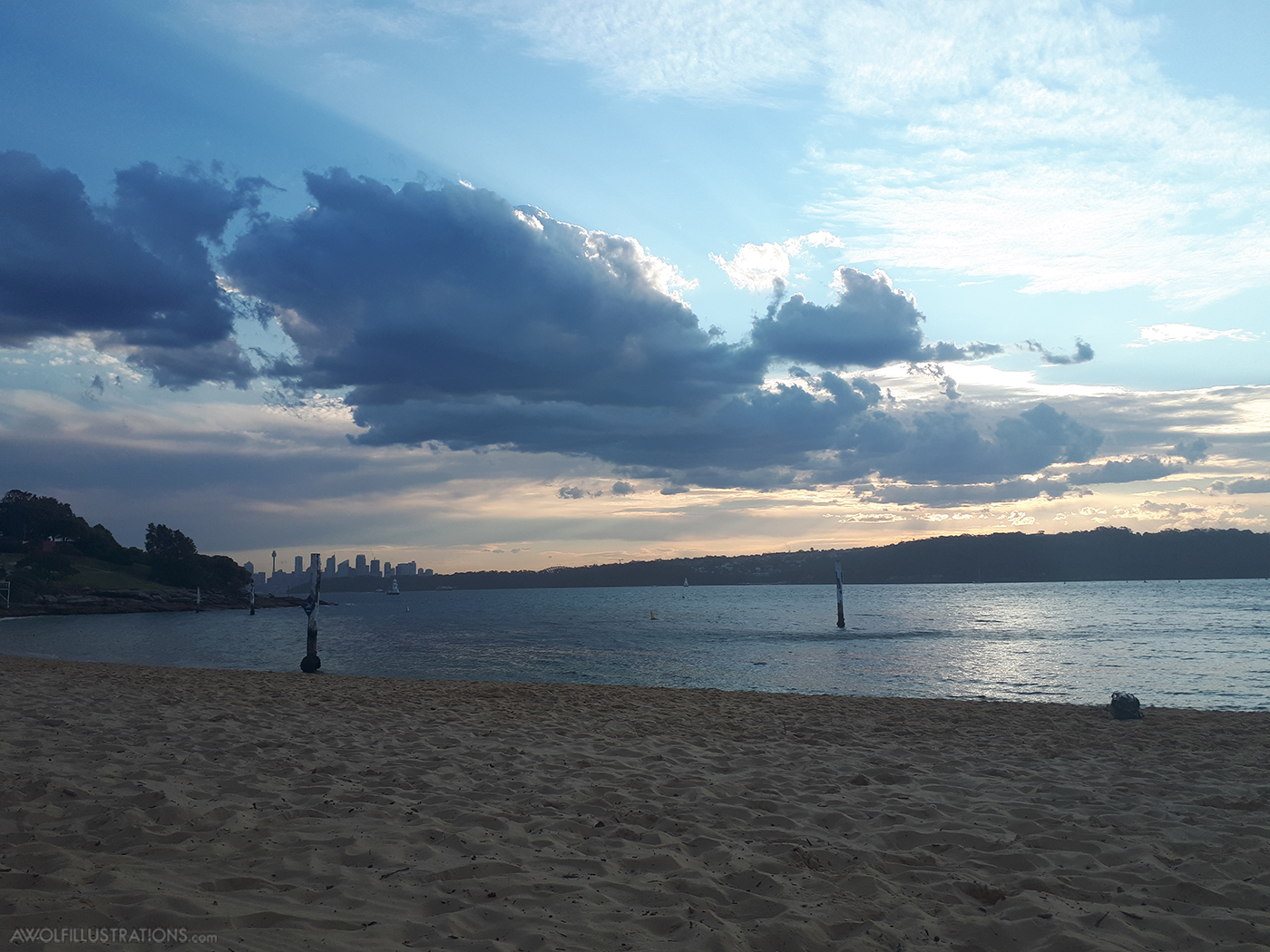 And then there are these random images that I’ve taken while out riding my bike and exploring my new home, my new Sydney. 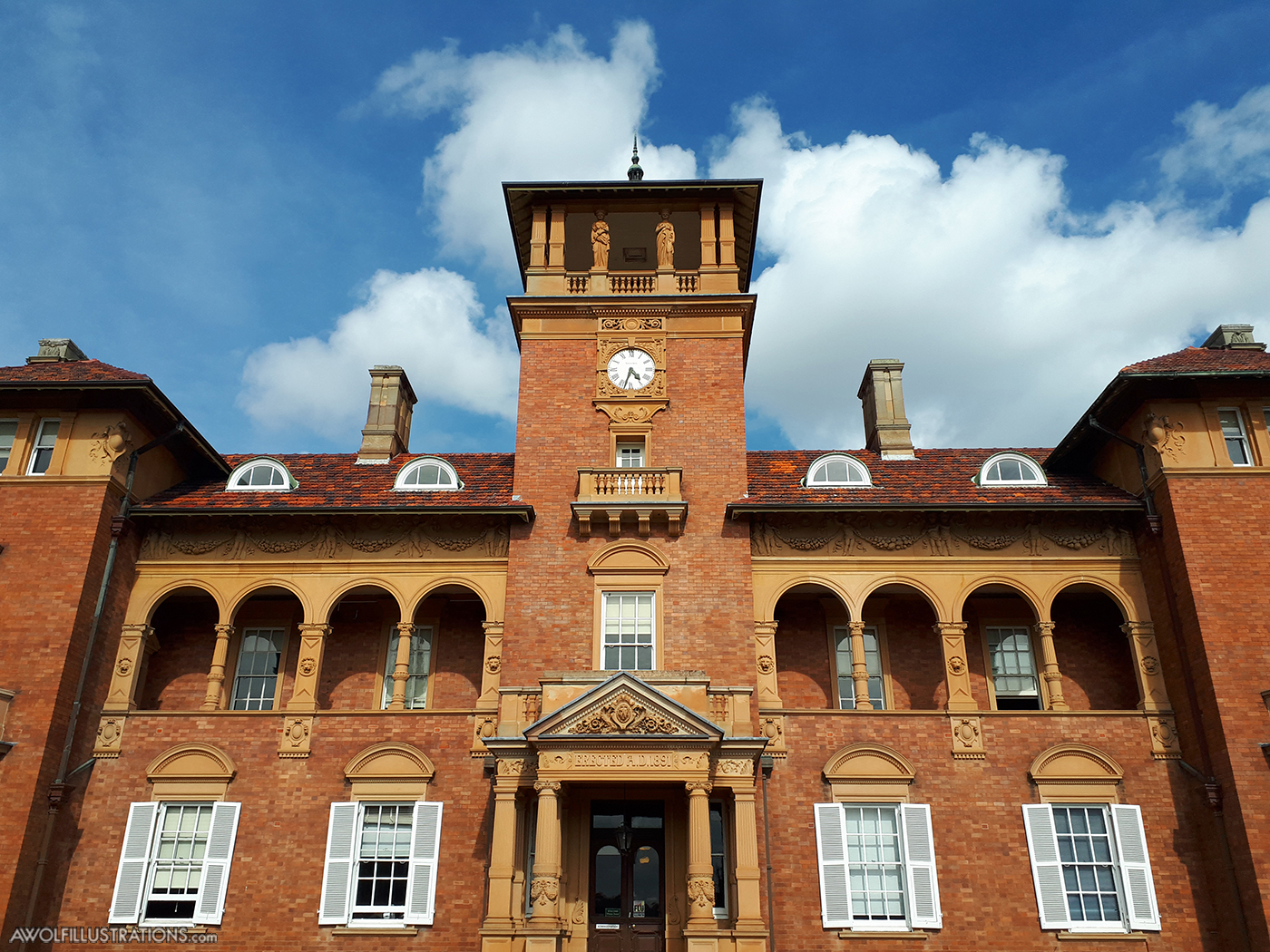 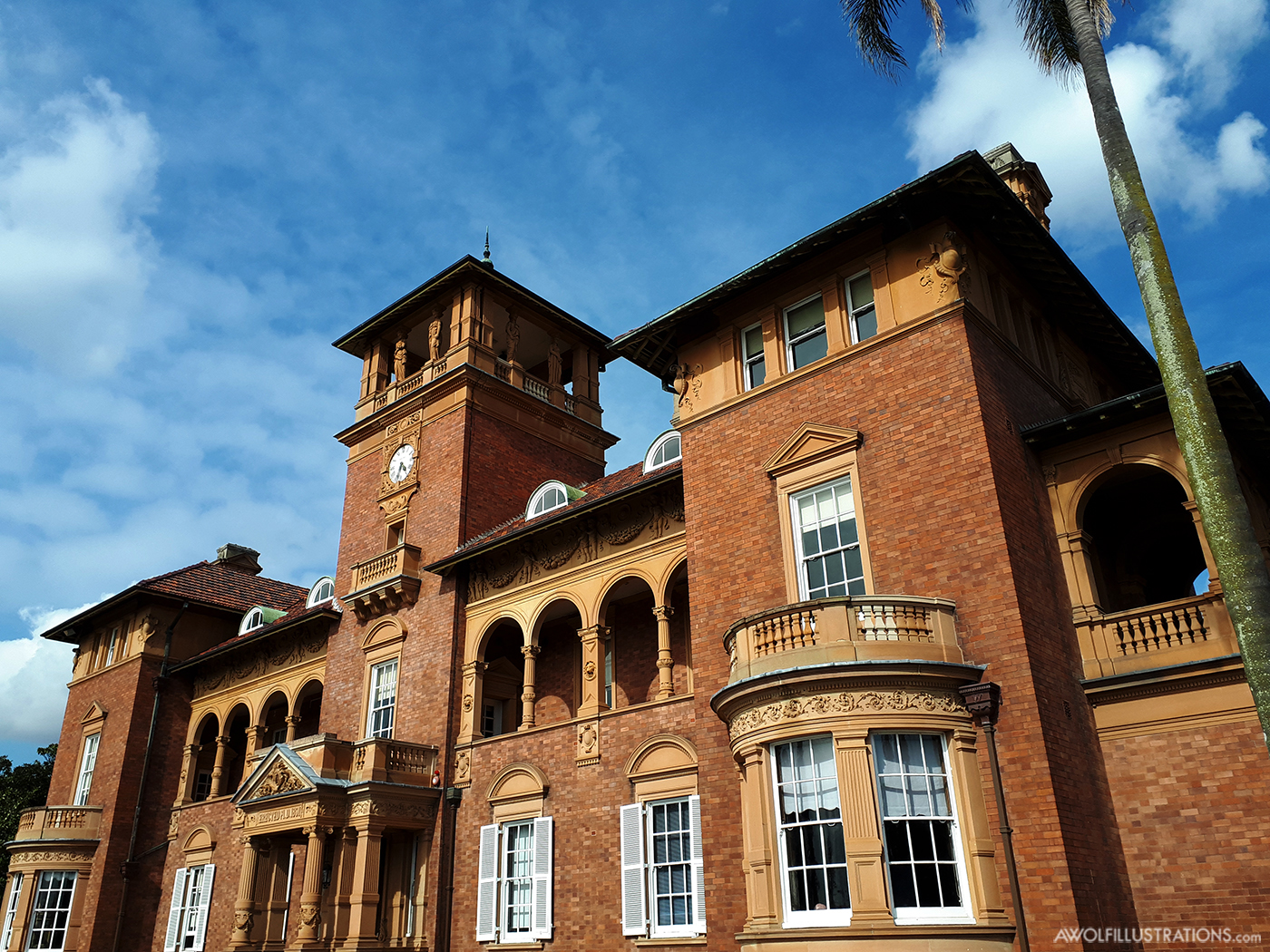 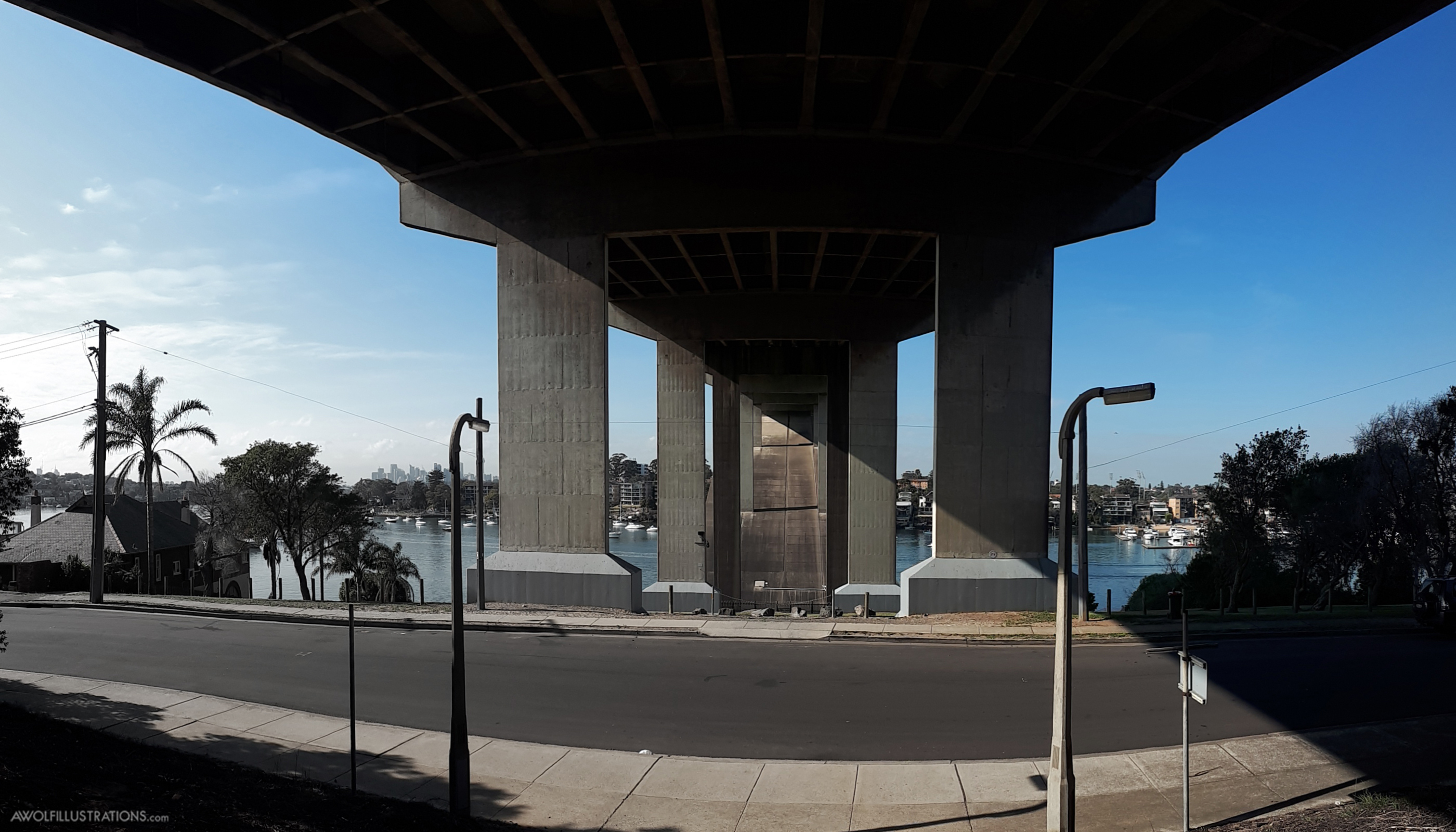