UPDATE: Death of the Auto Industry

This piece was recoloured for Pandemic Puzzles a few months ago.  I decided ‘Death of the Auto Industry’ needed a minor update as a jigsaw puzzle design as the white background of the original would make for a very frustrating puzzle experience.  I added in the colourful blurred background and recoloured the rainbow burst of blood and guts, because the original internal organ explosion was just too cartoony looking and didn’t quite fit in with the style of the unicorn and pickup truck (those two things I didn’t update as I was still happy with the look of them).  Below is the original colour and also the black and white version which I had drawn, by hand, in pencil and pen. 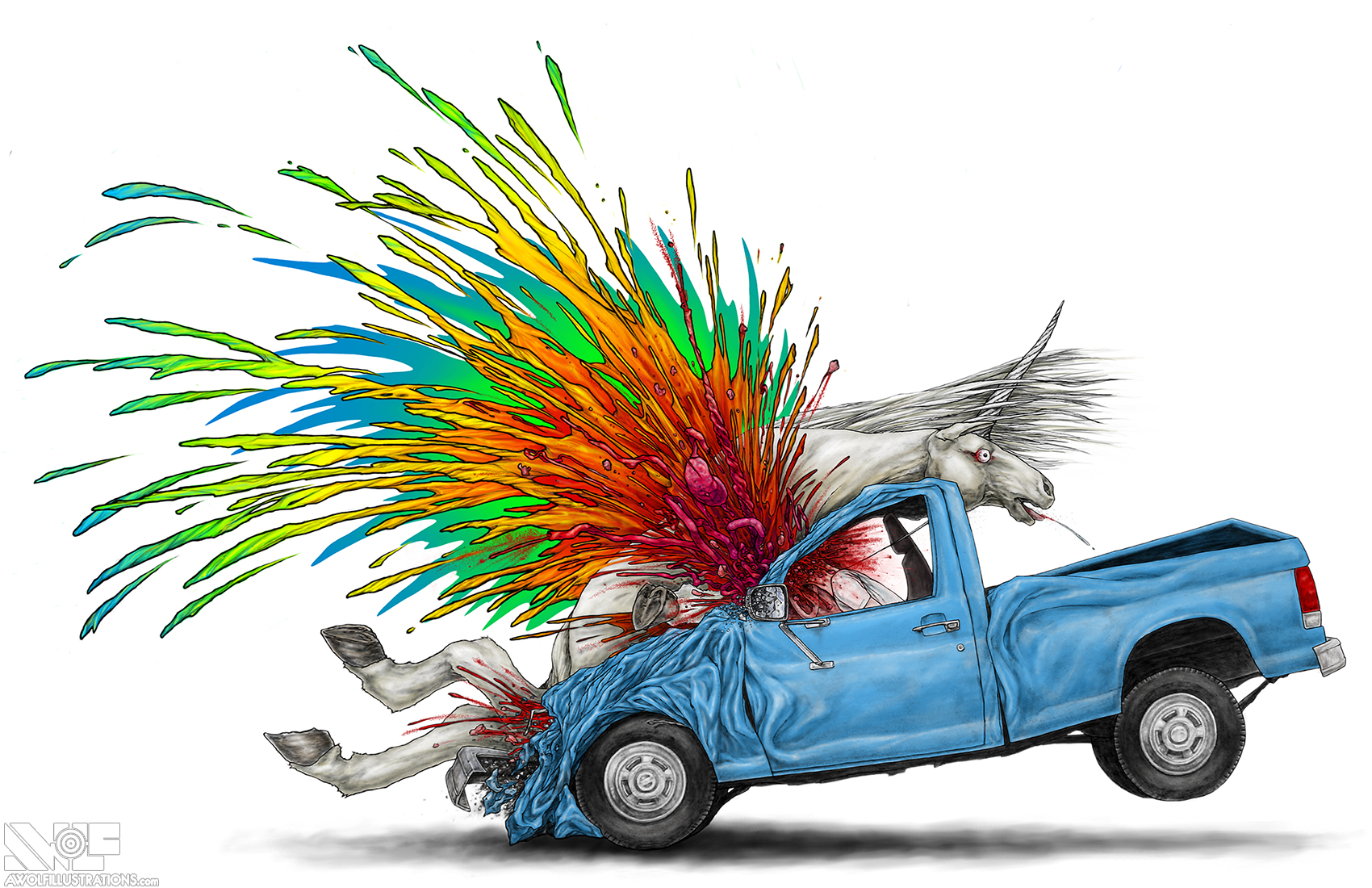 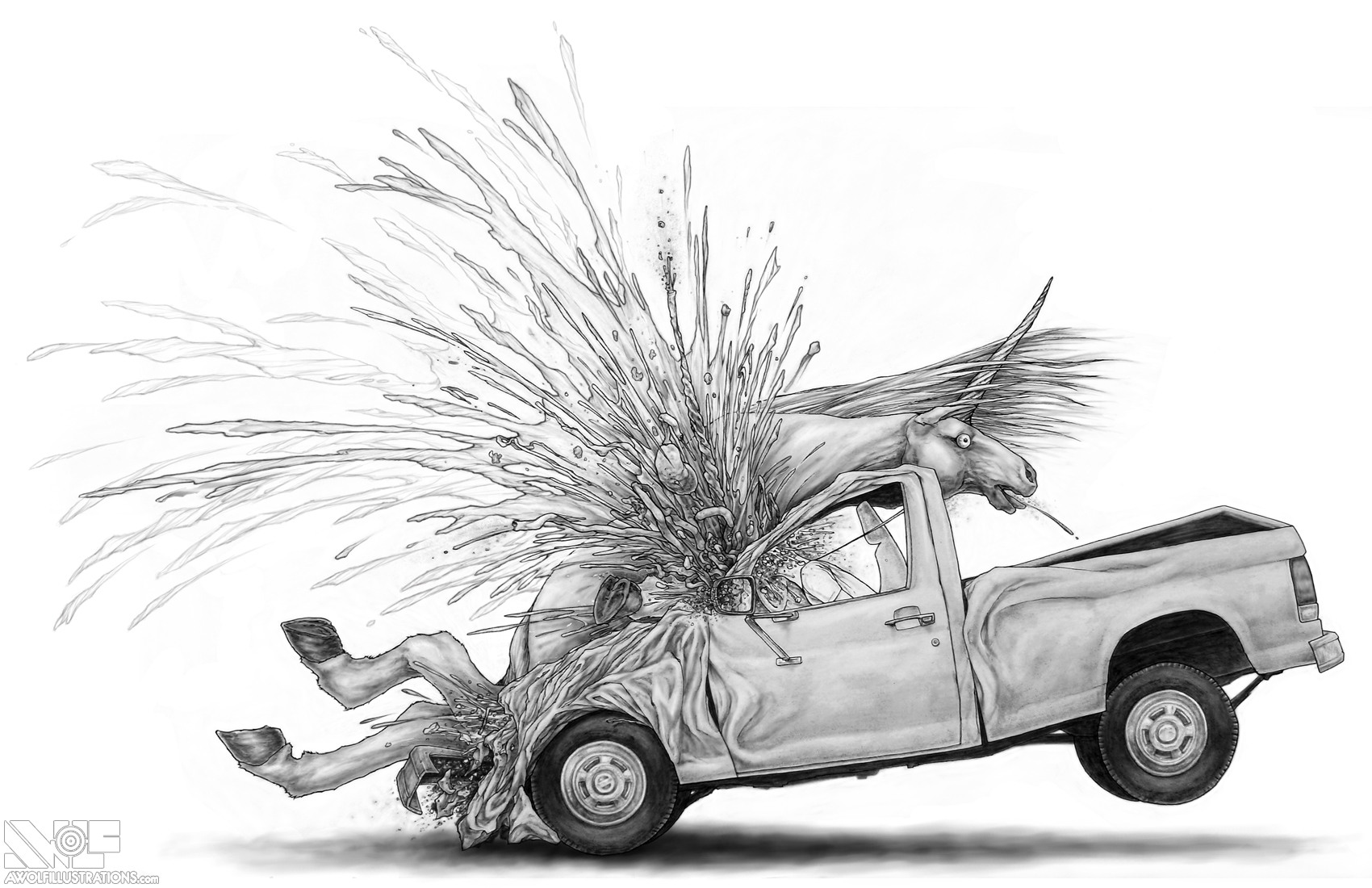 This image was drawn by hand over 10 years ago in pencil and outline in ink.  At the time the auto industry had been bailed out by multiple the governments after running the industry into the ground.  I was not to happy about it and had this to say this about it at the time:

‘For years the auto industry has ignored social and economic trends producing inefficient and impractical vehicles. They acted as though nothing would hinder the business and that fuel costs would have little effect on there product and continued to market bigger vehicles that consumed more fuel. Meanwhile they bought out and suppressed battery and green alternative fuel technology selling out the people in order to keep the oil companies relevant. They acted as though only a mythological creature could stop them in their tracks. They recently hit that unicorn.’

I still think that they should not have received any tax payer money, and that they are not ‘too big to fail.’  There is no such thing.  If you are unable to survive in your market, especially when you control a monopoly of market share, you should have to restructure and look for other viable alternatives or close the doors and all patents should become public.  To this day these companies continue to get tax breaks and subsidies while cutting jobs and outsourcing all labor to countries where they can take advantage of peoples working for much lower wages in worse conditions.