King of the Dead Ink Drawing

King of the Dead.  Drawn on 9 x 12 inch watercolour paper with Micron 0.5mm pens.  This is the cumulation of about 40- 50 hours of line drawing, crosshatching, and stippling.  This piece is the most detailed ink drawing I have ever untaken and a progression in different techniques which I feel I am starting to master.  This is a representation of the King of the Dead is human in form and his crown is composed of bones, thorns, pikes, dead trees, an Unkindness of Ravens, an assortment of moths, maggots, and abandoned, decomposing castle spires, all of which symbolise death.  The symbol in the centre of the crown is a representation of a maze into the centre of the mind and how once one passes from the existence of life there is an opening into a high plain, illustrated by the passage upward.  It is an allusion to a symbolic ascent described by religion but more importantly also to the existence of other plains of reality.  The inclusion of planets is to show that life is a universal concept and also that the universe is largely cold and dead and empty.  The original drawing is available to purchase in the STORE and I am working on getting some low cost prints and canvases organised.

I have divided the picture into 3 inch square portions so that the true detail and depth of this piece can be seen. 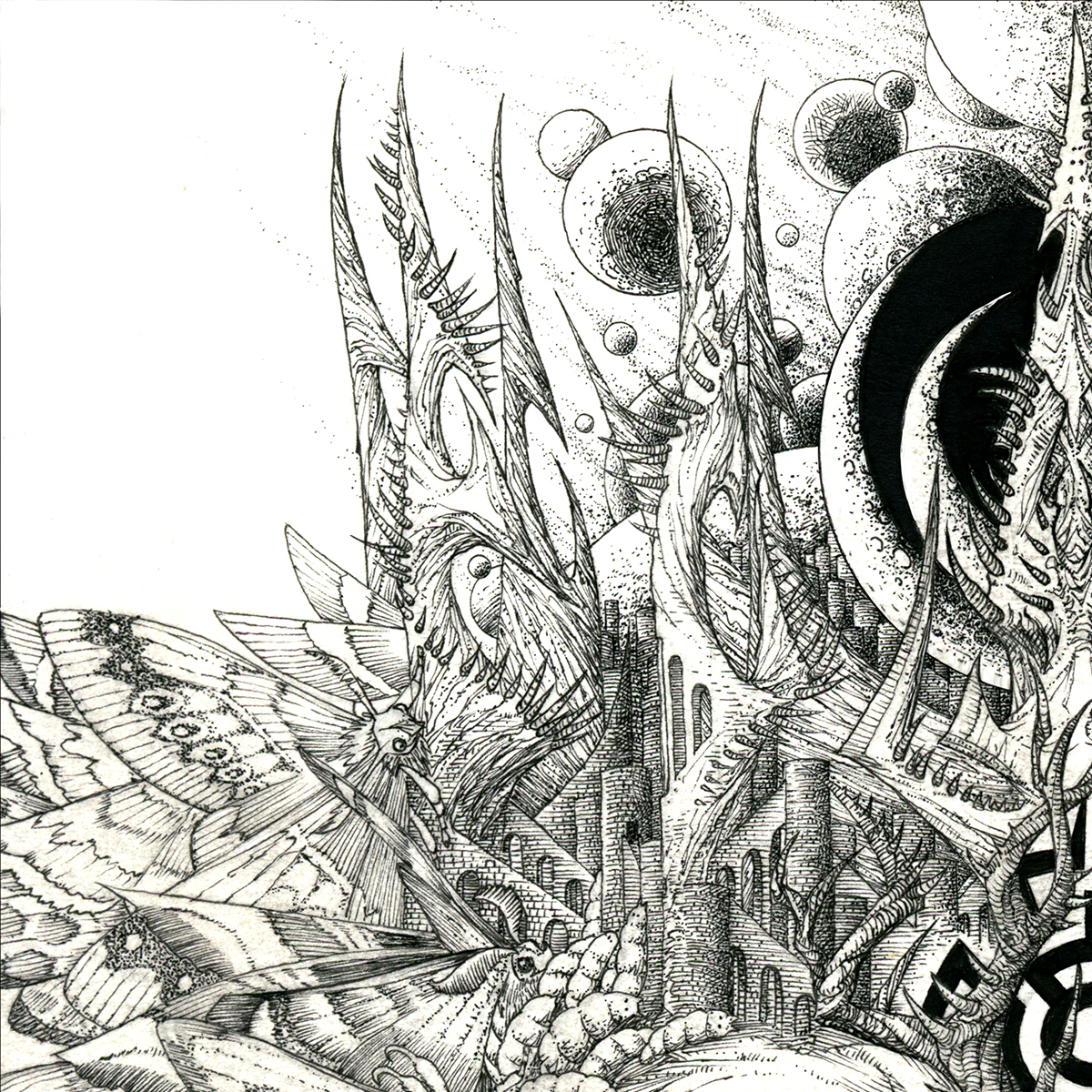 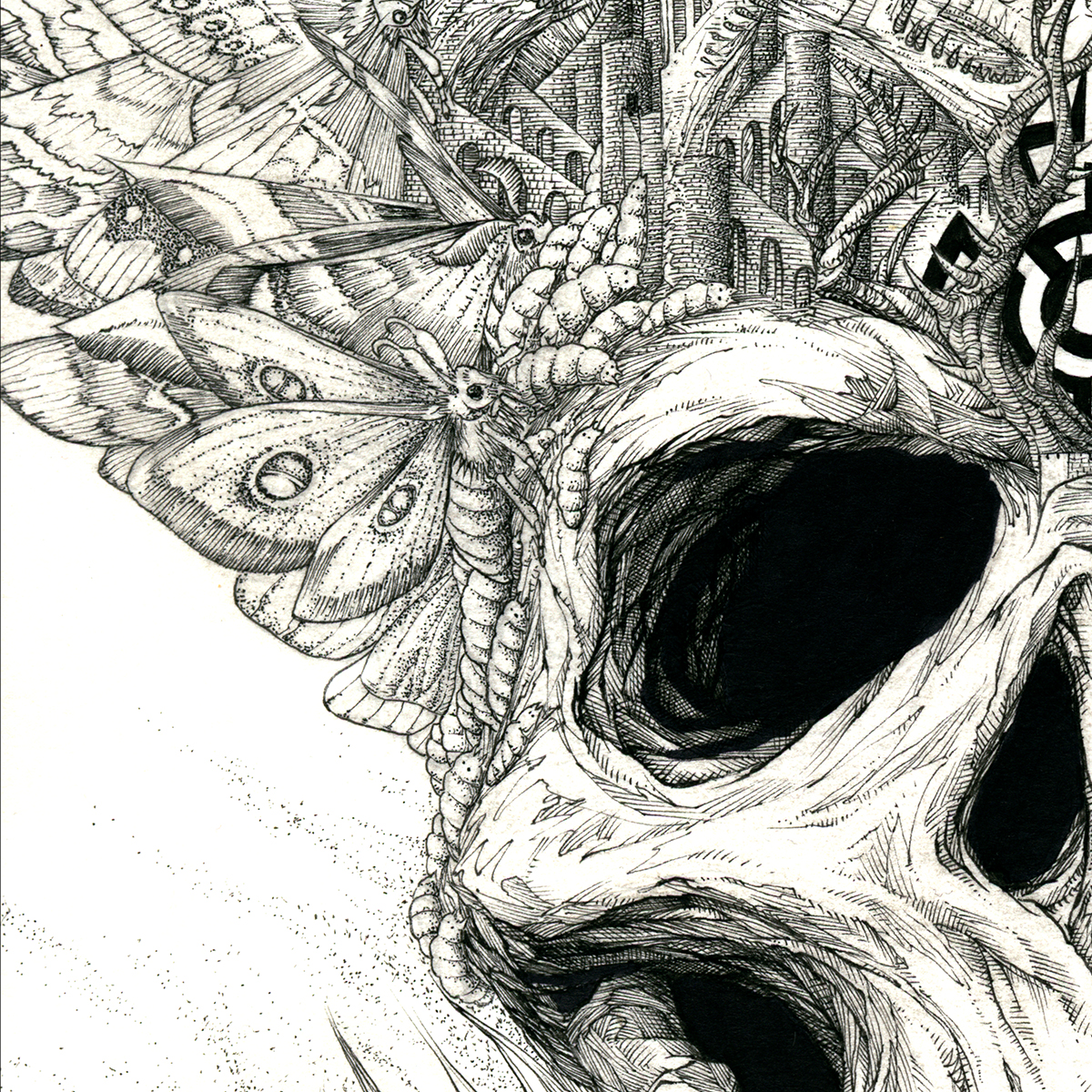 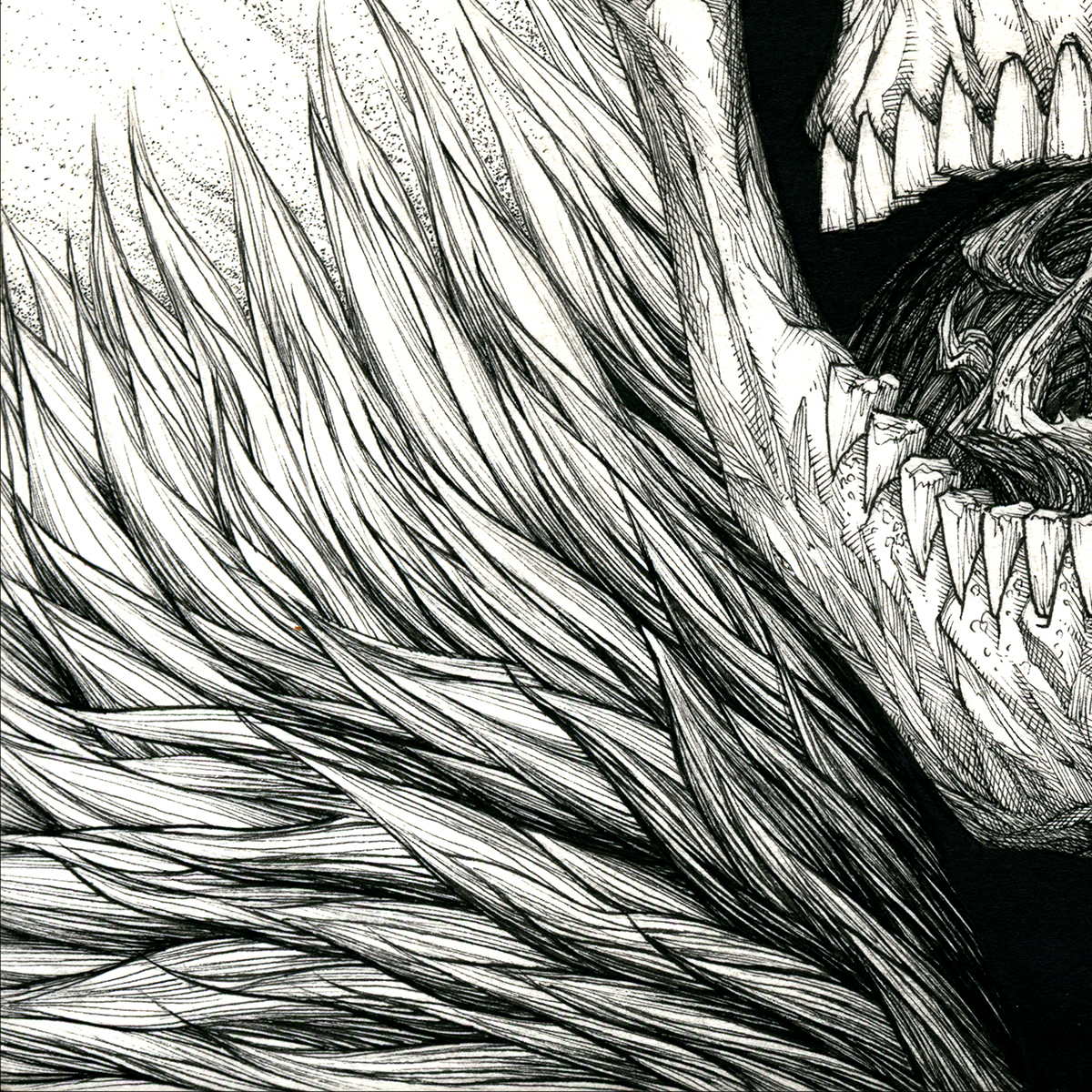 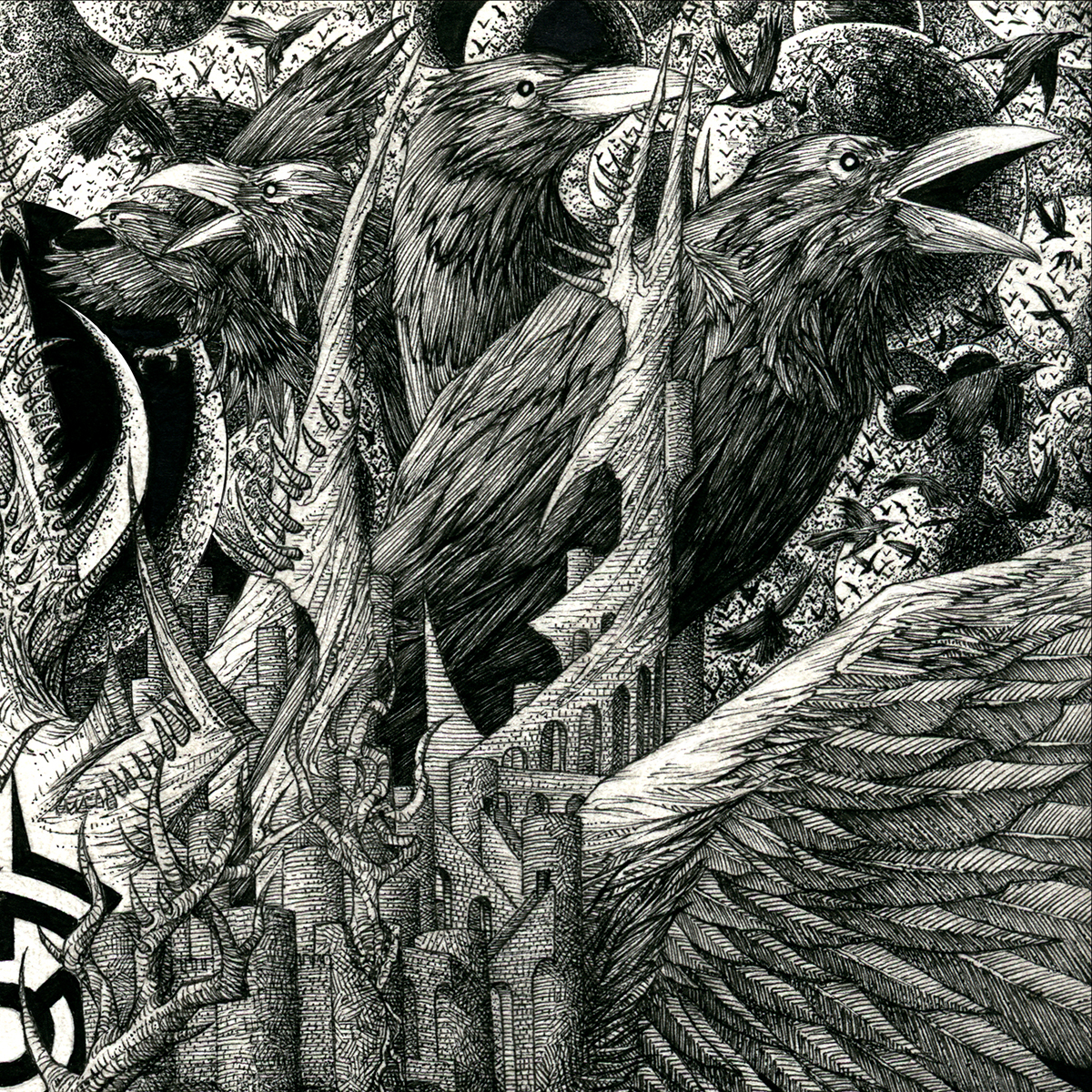 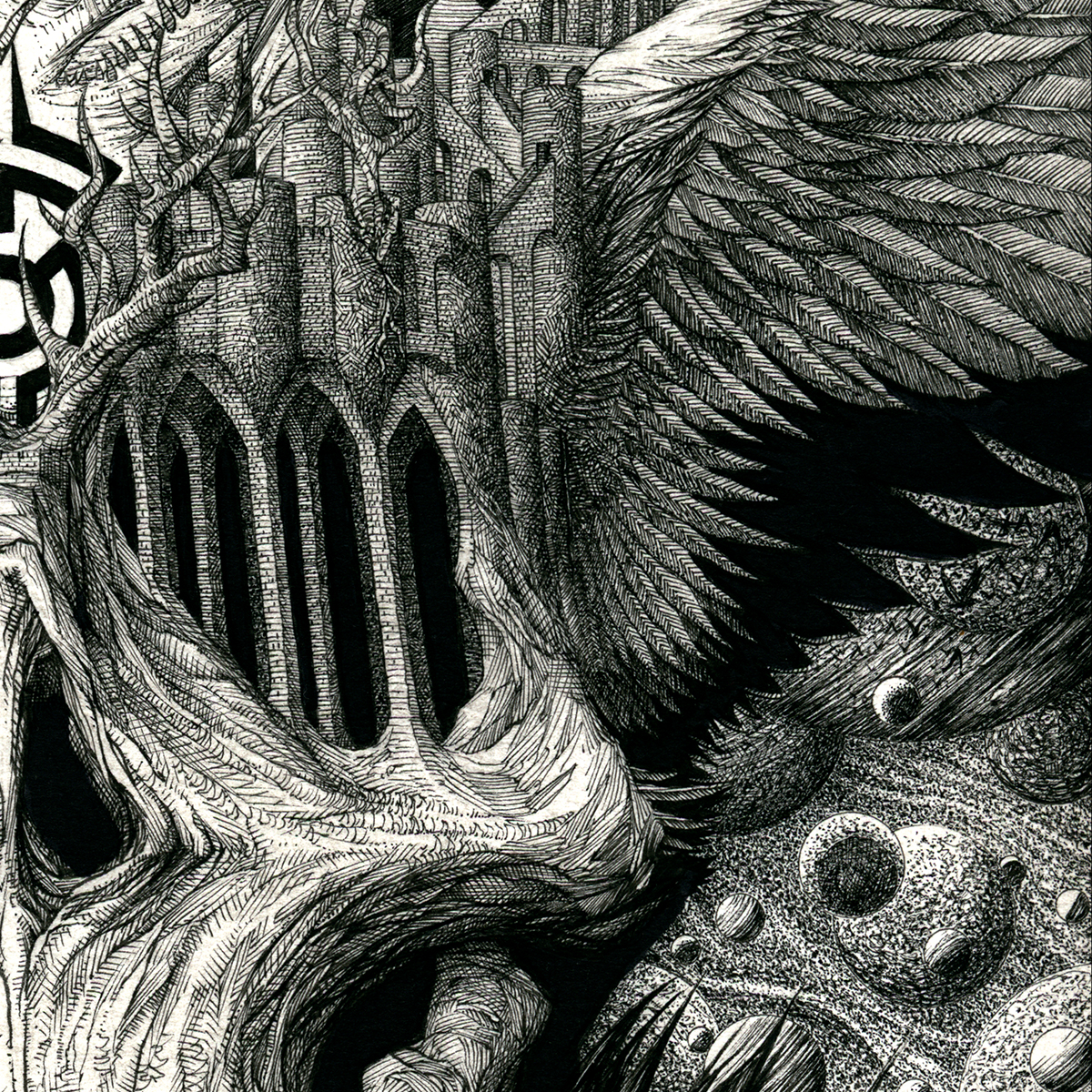 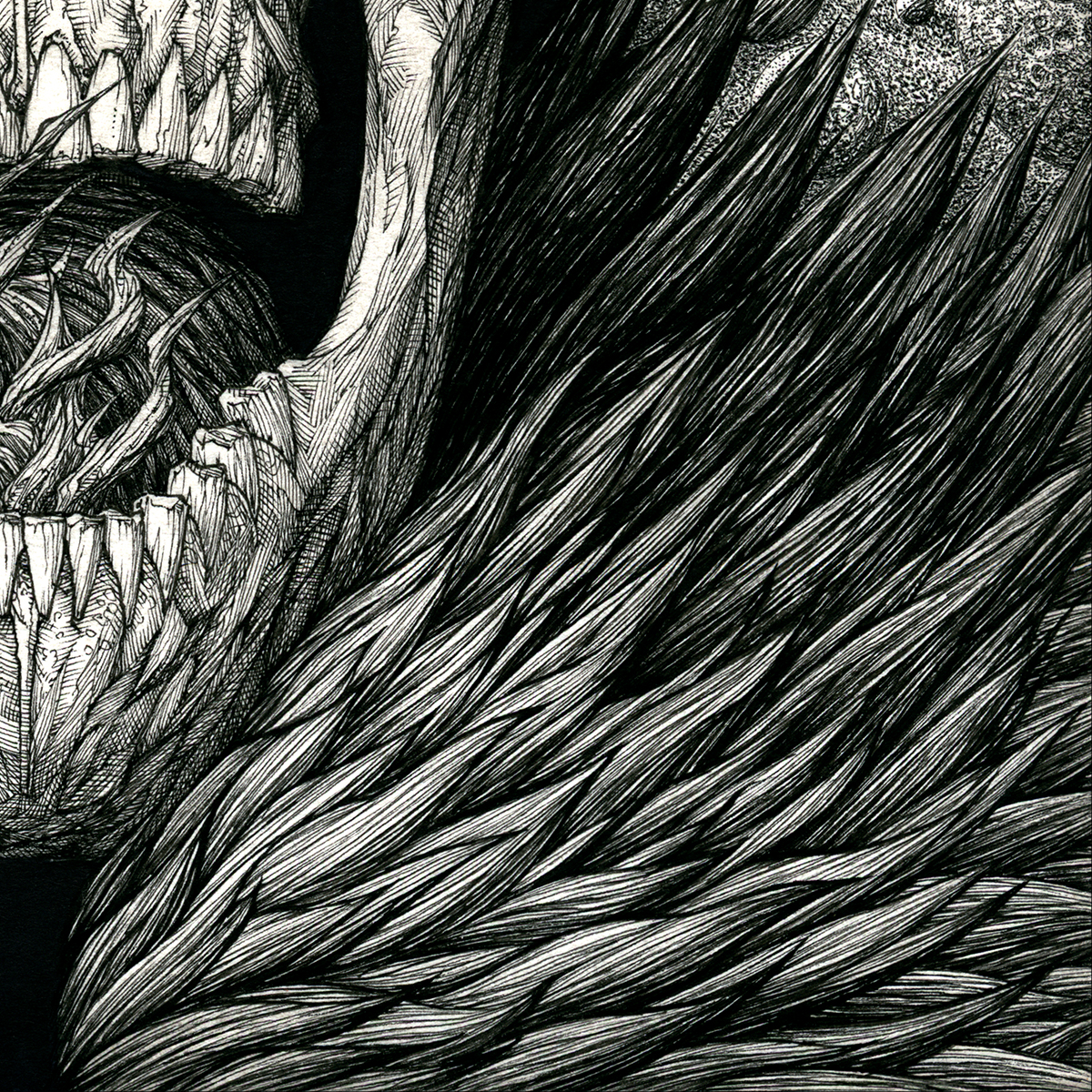 I added shading to give the illustration more depth and this is the beginning of adding colour to this piece but that will take a while as I am taking a break from this piece and moving onto new projects for now.  Even though the shading takes away quite a bit of the detail I spent so much time on I really like that look and the contrast of the split of light to dark from one side to the other.  I really like the flipped version more then the original way I drew it as the split is accentuate and it seems to be emerging from the dark.  also the planets jump out more and the shading looks more dramatic.  It is strange the change that can happen and the different reading when an image is flipped horizontally. 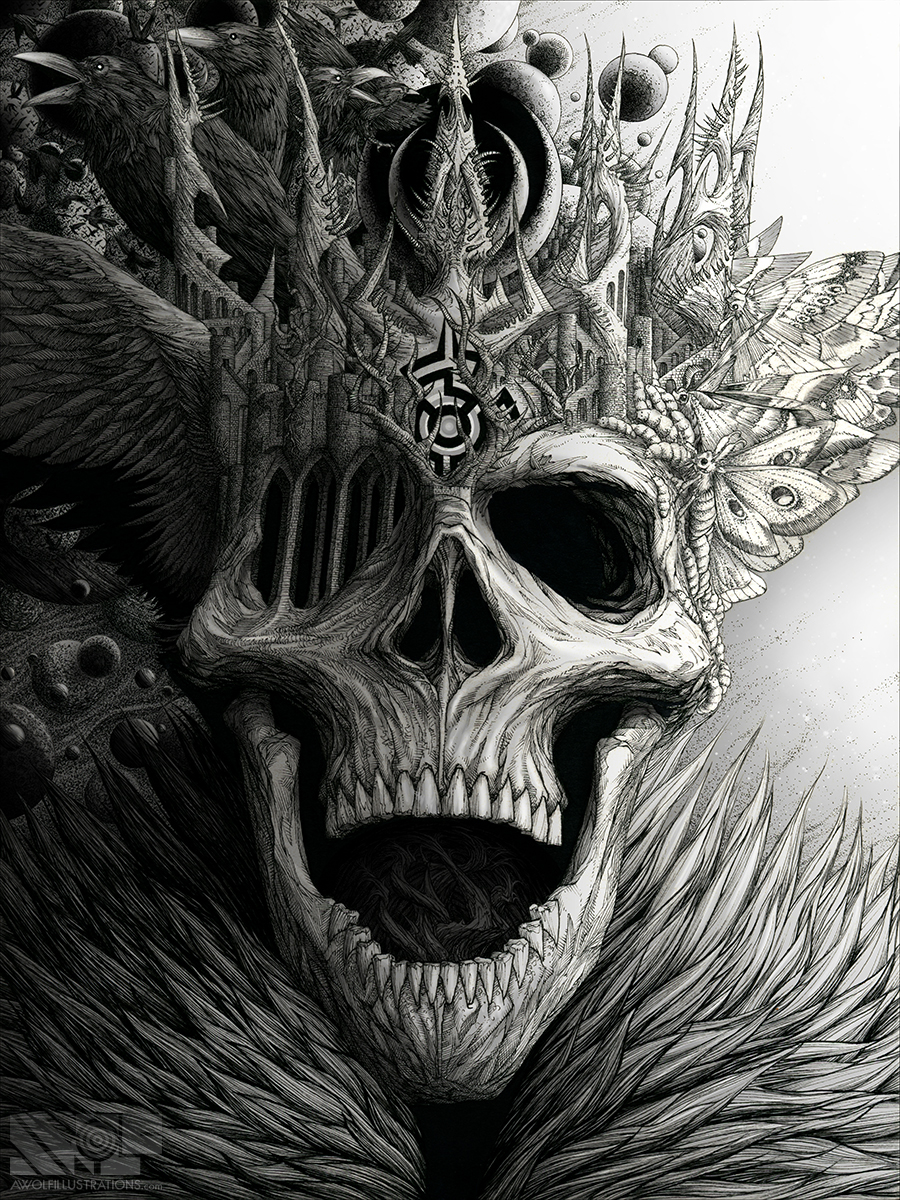 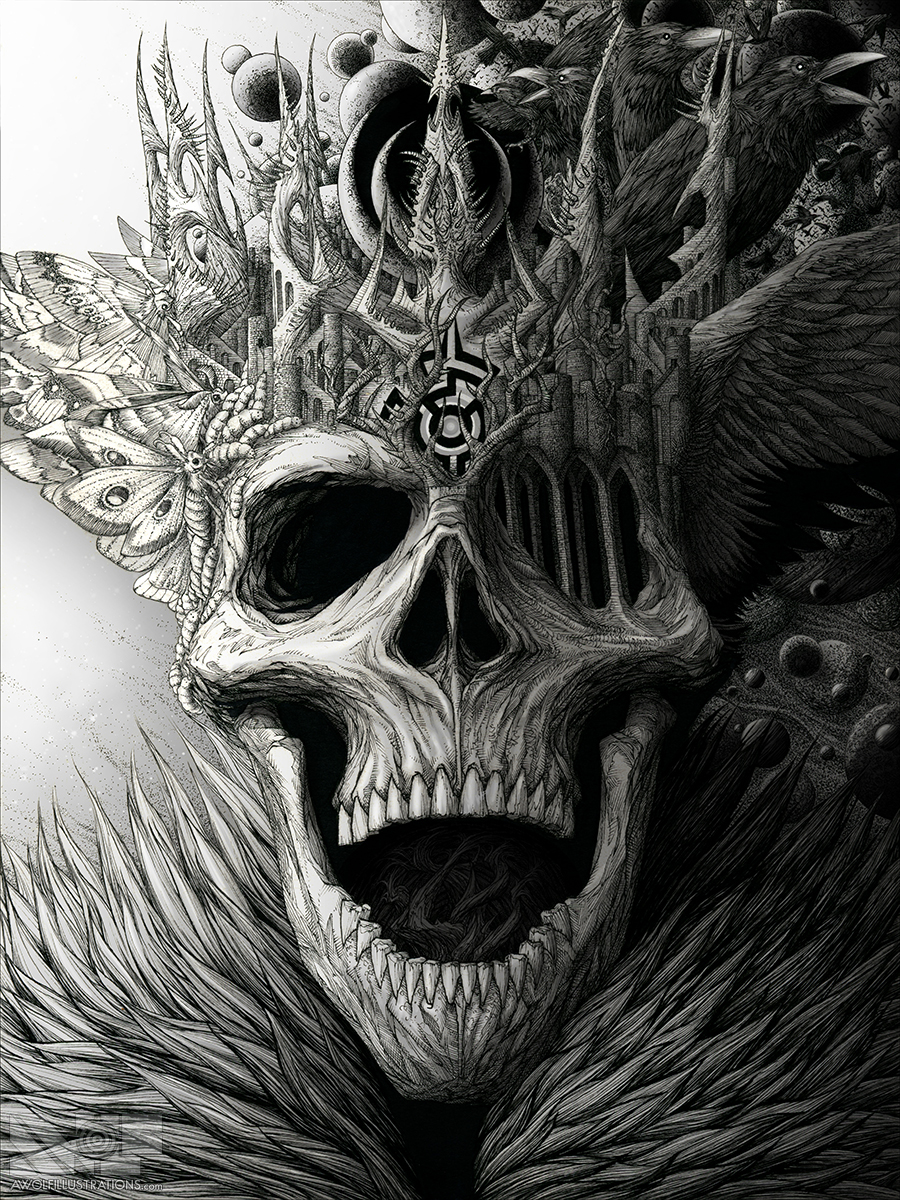 Over the course of this drawing I have taken many process and progress photos to document this drawing as it went.  I plan on doing this more in the future and getting an actual rig set up so that I can take shots from the same angle and maybe even film so that I can do sped up videos (because my process is long and slow and boring in real time).